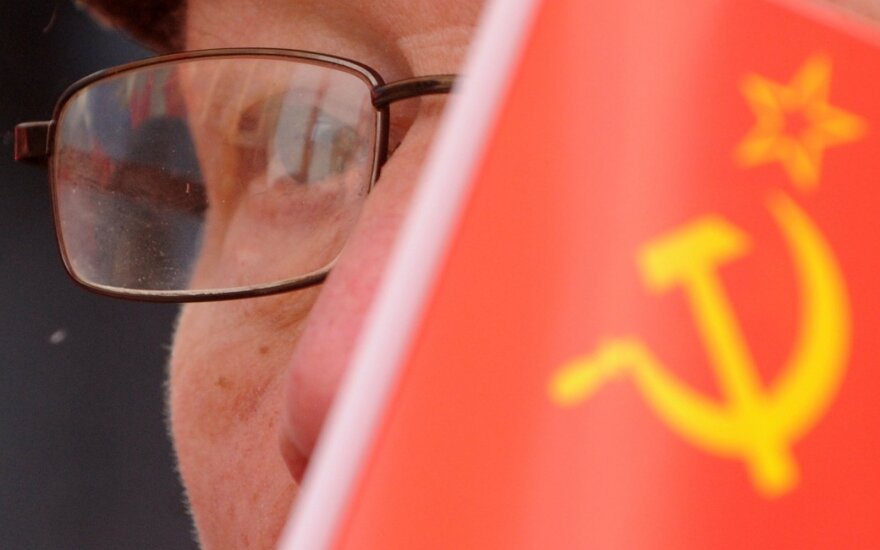 The draft resolution On the Assessment of Criminal Activities of the Communist Party of Lithuania was on Monday presented at a press conference in Parliament by MP Audronius Ažubalis of the Homeland Union - Lithuanian Christian Democrats (TS-LKD) together with Honorary Chairman of the Lithuanian Union of Freedom Fighters Jonas Burokas, political scientist Laurynas Kasčiūnas and Chairman of the International Vilnius Tribunal on the Crimes of Communism Vytautas Zabiela.

According to Ažubalis, the draft resolution was prompted by the concern of Lithuanian patriotic organisations that crimes of the former LKP were not officially evaluated, namely, the killings of Lithuanian citizens, their deportations and other repressions during the Soviet occupation.

"This is a great paradox indeed because, when it comes to KGB structures, the process of lustration is being implemented, even if it is complicated. However, all these repressive structures were in essence subordinate to the Communist Party, first of all Moscow's and then local secretaries of Central Committees. Therefore, why does the whole responsibility lie with executors of crimes and not their former leadership?" Ažubalis said.

The draft resolution notes that neither the CPSU nor the LKP have been named and condemned legally on the state level as the organisers and executors of mass repressions.

"During the years of the national revival LKP did not name and condemn its crimes, even though it had promised to do so prior to the election to the Supreme Council (Reconstituent Seimas). The LKP carried out the main role in helping the Soviet Union annex Lithuania, in 1940-1991 it acted as political support of the occupying regime and suppressed the strive for restoring the independent Lithuanian state," the draft resolution reads.

The document urges the Government to address the European Parliament "over legal and moral evaluation of the criminal activities of the CPSU and its subsidiary the LKP in organising and implementing the genocide of nations".