BNS
aA
A broad ruling coalition could be formed in Lithuania's next parliament to meet the expectations of a wide range of voters, Gabrielius Landsbergis, the leader of the Homeland Union–Lithuanian Christian Democrats, said on Monday after his party scored a victory in Sunday's first round of the Seimas election. 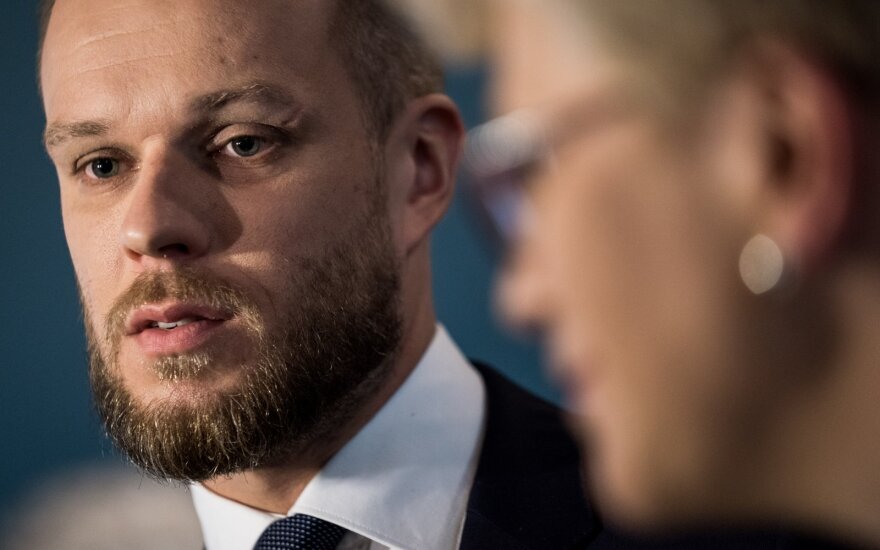 "A coalition of concord, a broad coalition could cover a wider range of voter expectations," Landsbergis told a news conference. "This means that voters may be invited to come to the polls in the second round and look for acceptable candidates and ideas they perhaps did not see in the first round."

Landsbergis did not rule out forming a coalition with any party that entered the Seimas.

"(The expectations of) people whose party did not win the election and is not among the first at the negotiating table must be taken into consideration," he said. "We have to take into account the programs of these parties and the expectations of their voters and try to involve (them) and consolidate the state."

With votes from all polling districts counted, the Homeland Union received almost 25 percent of the national vote in the multi-member constituency.

The ruling Farmers and Greens Union came in second with over 17 percent, followed by the Labor Party and the Social Democratic Party (LSDP) with over 9 percent each.

Other political parties failed to cross the 5-percent threshold to enter the Seimas.

In the multi-member constituency, 70 out of 141 seats in the parliament were distributed.

The remaining 71 MPs are elected in single-member constituencies. Only three candidates won an outright majority of votes in the first round on Sunday, meaning that the remaining 68 seats will be decided in the run-off round on October 25.

Lithuania on Sunday is holding a parliamentary election amid coronavirus pandemic.

Opposition conservatives lead in the first round of parliament elections

The Lithuanian Health Ministry will allow voters in self-isolation due to COVID-19 to vote in...