Conservatives in no rush to accept Guoga into ranks 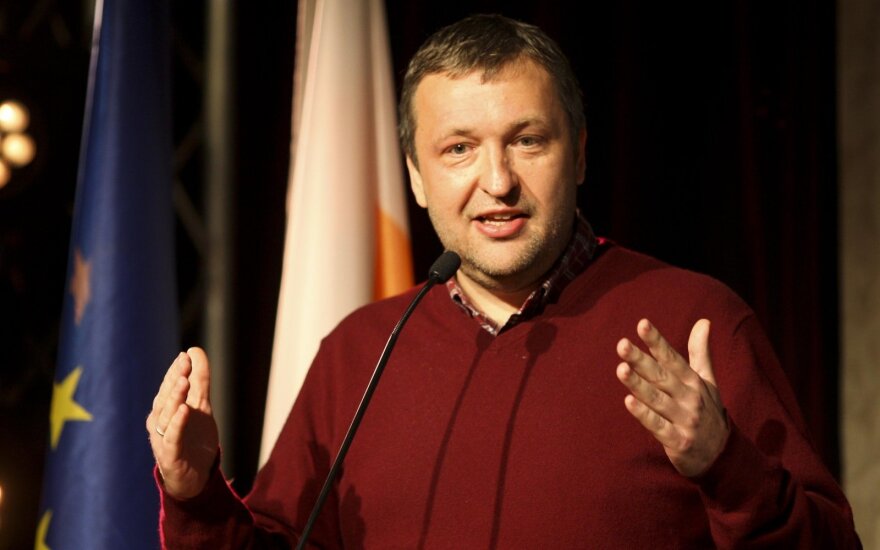 Homeland Union - Lithuanian Christian Democrats leader Gabrielius Landsbergis is in no hurry to promise MEP Antanas Guoga, who is leaving the Liberal Movement, a place in his party.

Landsbergis said cooler heads were needed in the Liberal movement in this crisis and that they should, first of all, settle down, stop taking emotional decisions and work out a plan to get themselves out of the situation they find themselves in.

Landsbergis said: “I think that both Antanas and other liberals are actually reacting very strongly and emotionally to the whole environment that does not give them a second to take a break. It is not good to make emotional statements. I wish the liberals would deal with it, settle down, clean up inside and recover from the crisis, to get out of the pit where they have fallen and quietly put together steps that would lead to the coalition in fall,” said Landsbergis.

“I do not think that this is an overly thought through communicational and political strategy. First of all, I hope for some rational thinking,” said Gabrielius Landsbergis commenting on Mr. Guoga‘s intent to join the conservatives.

Guoga praised the conservatives in a 15min.lt conference on Tuesday and more than hinted that he imagined his political future with the party.

Guoga resigned as acting leader of the Liberal Movement after the party moved to expell him over comments he made about the party – this all followed his accession to the leadership following the resignation of the current leader of the party Eligijius Masiulis after a bribery investigation was launched into him.

The Liberal Movement is to discuss a motion to expel the party's acting leader Antanas Guoga ....

According to European Parliament member Antanas Guoga , who has become the temporary leader of the...