BNS EN
aA
The opposition Homeland Union–Lithuanian Christian Democrats are catching up in popularity with the ruling Lithuanian Farmers and Greens Union (LFGU), according to a survey conducted by the pollster RAIT for BNS. 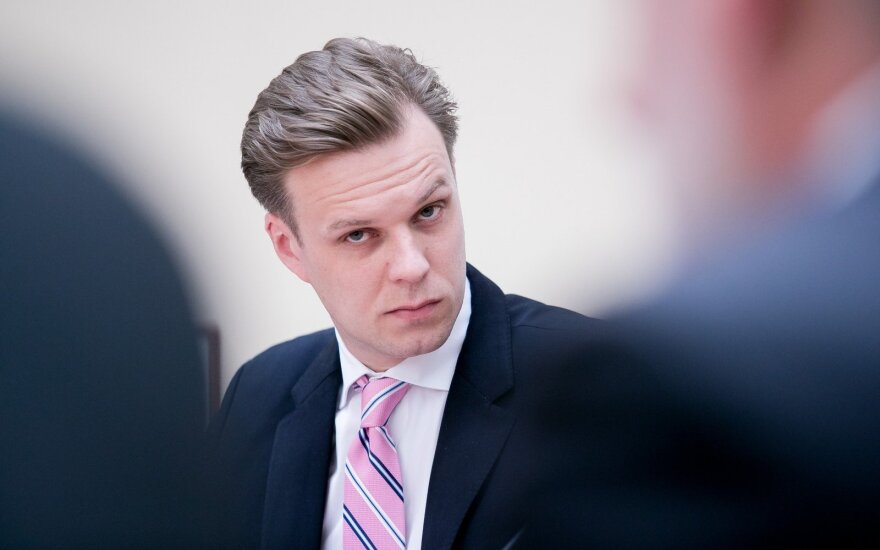 Nineteen percent of respondents said they would vote for the LFGU and 16 percent said they would give their votes to the conservative Homeland Union. The gap between the parties has been steadily narrowing for the past four months.

The survey found that the LFGU had more supporters in rural areas and the conservatives were more popular in cities and larger towns.

Support for both the Lithuanian Social Democratic Party (LSDP), the LFGU's junior partner in the ruling coalition, and the opposition Liberal Movement remained stable at 9 percent.

Other parties would not clear the 5 percent hurdle required to enter the parliament.

The survey showed a further decline in Prime Minister Saulius Skvernelis' approval rating, with 43 percent of respondents rating him favorably and 22 percent unfavorably. Skvernelis' popularity reached 66 percent four months ago, but has since dropped each month.

The survey was conducted shortly after Grybauskaitė's annual State of the Nation Address in which she criticized "the continuing confusion in state governance and the vagueness of some reforms". The president in late June accused the government of "political arrogance" and Skvernelis said in response that the president was criticizing but "doing basically nothing".

Other issues that received much public attention during the period the survey was conducted included a state-owned forestry sector overhaul and the situation of Vilnius' Gediminas Hill. The unpopular new Labor Code came into force on July 1.

The LFGU and the Homeland Union have recently reached a deal under which the ruling party pledged to reintroduce a reduced VAT rate on district heating in exchange for the opposition party's votes in favor of the forestry sector reform. However, this happened after the survey was completed and had no impact on its results.

After Lithuanian politicians have reached agreement on reintroducing a reduced VAT rate for district...