Conservative leader comes out in support of gay partnership

(1)
the Lithuania Tribune, LRT
aA
Winds of tolerance and human rights appear to be blowing in the run up to the Seimas elections. A highlight of a Tuesday discussion at the Loftas venue, organised by the initiative “Žinau, ką renku” (I know who I’m voting for), was Seimas candidate responses to the question of LGBT rights, with the conservative leader Gabrielius Landsbergis delivering the biggest surprise with his statement in support of same-sex partnership, something his party has vehemently opposed. 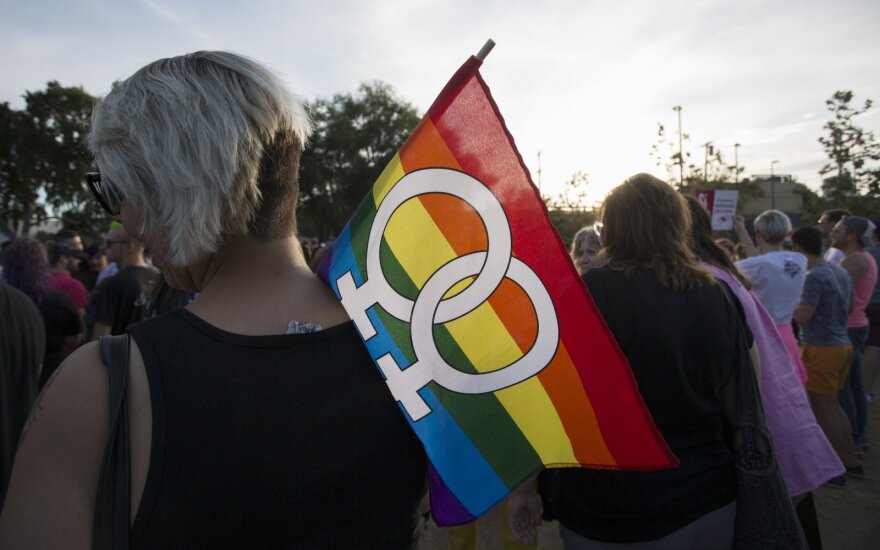 “As a true conservative, I should most likely leave [the discussion] upon receiving such a question, it should be terrible. No, I am in favour of [same-sex] partnership, I believe that the time for it has come and hope that the new Seimas or our coalition will finally take this question into Seimas and ratify it,” Landsbergis, of the Homeland Union - Lithuanian Christian Democrats, said.

So far, however, his party has been firmly against such initiatives and even initiated and supported a number of laws that have been criticized as homophobic.

Other politicians were more in tune with their party lines, with the Liberal Movement’s Eugenijus Gentvilas expressing support for same-sex marriage, not just partnership (albeit expressing his personal reservation about gay adoption).

The Lithuanian Peasant and Green’s Union’s (LVŽS) Saulius Skvernelis, similarly to Landsbergis, went somewhat against party ideology. Noting that the LVŽS is firmly committed to "traditional family", he added that in his personal opinion, individuals must have a right to choose who to be with and it was important to legislate civil partnership.

Both Order and Justice as well as Labour Party representatives were less enthusiastic regarding same-sex marriage, partnership and adoption, focusing their answer on "traditional family" and a “natural” living environment for children.

Vilnius University's Institute of International Relations and Political Science (VU TSPMI) lecturer Mažvyas Jastramskis notes that there are not many who hold a liberal stance on such matters in Lithuania, adding that such questions are very low in importance on the political agenda. As such, he notes that Gabrielius Landsbergis likely expressed his personal opinion, not his party's position, or tailored his statement to the relatively small audience. The political scientist doubts that Landsbergis will find much support for such ideas in his party.

The Lithuanian Gay League, an LGBT rights NGO, took the responses of the debate particularly positively, with the organization's human rights policy coordinator Tomas Vytautas Raskevičius focusing on the positive attitudes expressed during the debate by the majority of the parties. He noted that the construction of debate and consensus on such an unpopular question in Lithuania showed a qualitative change in Lithuanian politics.

Lithuania is one of the few EU member states that has legalised neither same-sex partnership, nor marriage. Among the Baltics, only Estonia has introduced gay partnership.

Some 11 percent of Lithuanian residents support registration of same-sex partnerships, while 7...