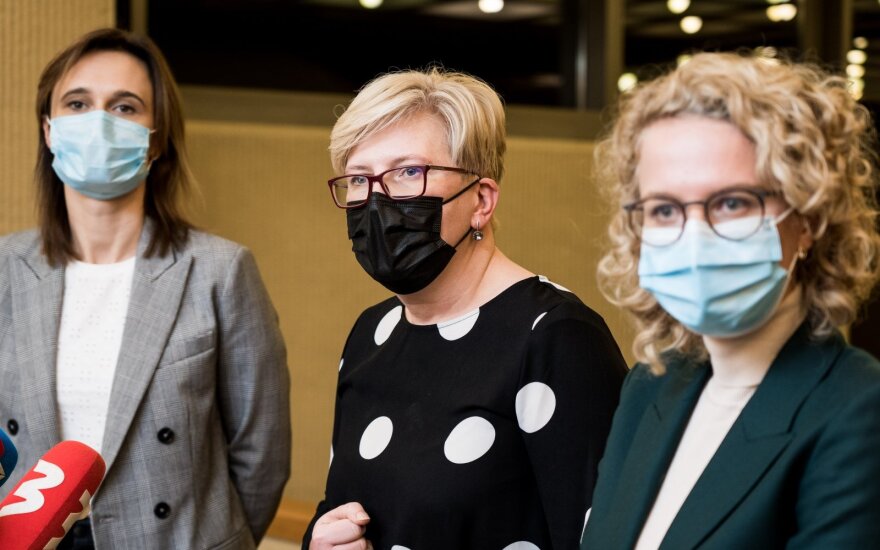 "The agreement could probably be signed on Monday," Ingrida Simonyte, the conservatives' candidate for prime minister, told reporters after the second round of coalition talks on Thursday evening.

She said the negotiating teams had "almost agreed on the wording" of the agreement, but it has yet to be endorsed by the three parties' bodies.

Simonyte said she would be named in the agreement as the nominee for prime minister, but no potential candidates for ministerial posts or other positions would be mentioned there.

"The draft deal calls for signing an additional agreement (on ministers)," she said.

All three partners made concessions in the talks, according to Simonyte.

"Each of the parties has won something and the state is probably the biggest winner because we managed to agree on top priorities for the near and medium-term future," she said.

Viktorija Cmilyte-Nielsen, the Liberal Movement's chairwoman, also described the talks as a victory for all three parties.

"The deal we reached, which seems to me to be a really good compromise between the coalition partners' differing positions, is a very good basis for moving forward," she said.

Ausrine Armonaite, the Freedom Party's leader, said her party's earlier-announced five priorities in education, human rights and the economy had been included in the draft agreement.

Among other things, the deal includes a commitment to allow using all Latin-based characters to spell names in their original form in ID documents, she said.

The three parties will have at least 74 out of 141 seats in the new Seimas.

Coalition agreement: what's been agreed on and where disputes are likely

Three right-wing parties, the winners of Lithuania's recent parliament election, are set to sign a...

Lithuania's center-right parties, which signed a coalition agreement earlier this week, have agreed...