Conscripts will not be sent to foreign missions, Lithuanian defence chief assures

BNS
aA
The Lithuanian army assured on Wednesday that conscripts would not be sent to international missions abroad, refuting rumours spread by the Russian media, which, the Lithuanian chief of defence says, are aimed at discrediting the idea of restoring military conscription. 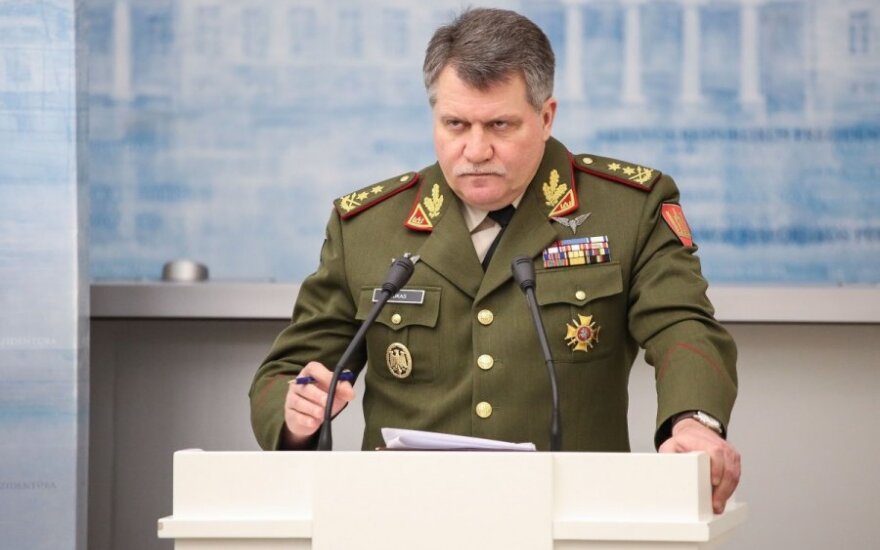 "I would like to refute that information. The Lithuanian army has no intention of sending conscripts to any international operations outside Lithuania, and the LITPOLUKRBRIG project stipulates that troops from the trilateral brigade would hold joint training events and exercises," the chief of defence said.

According to the general, if the Lithuanian Seimas backs the reintroduction of mandatory military service bill, conscripts will be trained under a special military training programme at army units in Lithuania and moved to the army's trained reserve following mandatory service.

"I would also like to respond to public statements that in case of military aggression against Lithuania, conscripts would allegedly become „cannon fodder". They would not be sent to the front lines since they would not be fully prepared to act as part of a military unit. They would receive such training following the 9-month-long mandatory military service. And they would only be used for state defence in case of mobilization," Žukas told BNS via his spokesman Captain Mindaugas Neimontas.

In the latter's words, residents of Visaginas, a town in northeastern Lithuania with a large Russian population, "have recently started asking journalists whether conscripts will be sent to fight in Ukraine".

On Wednesday, the Lithuanian government backed the restoration of conscription. The issue will be soon considered by the Seimas.

Lithuania ended conscription in 2008 and it may be reintroduced in response to Russia's aggression in Ukraine.

The Baltic states are facing a real threat and must be prepared to independently withstand for at...

The Lithuanian government on Wednesday backed a bill drafted by the Ministry of National Defence...

The Ministry of National Defence submitted to the Government amendments to the law on the principles...

Lithuania's Foreign Minister Linas Linkevičius said at the end of his US visit that the United...