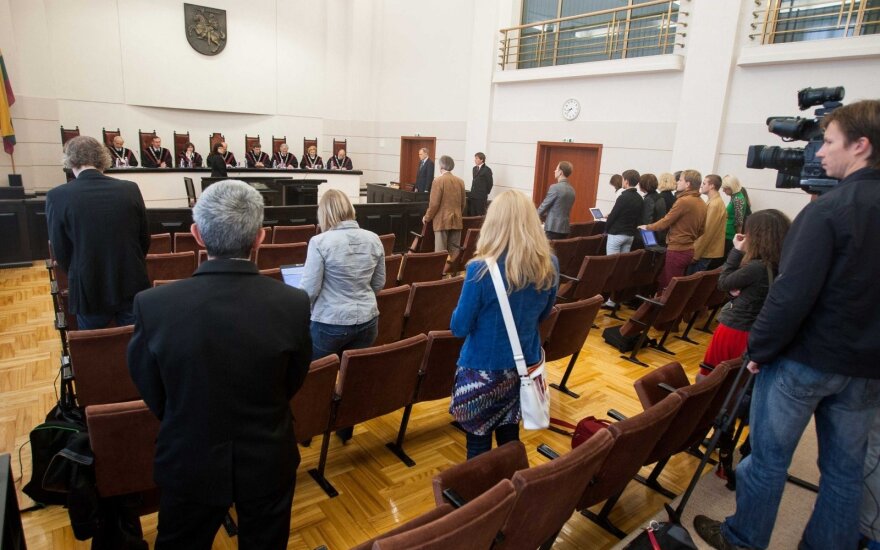 The Court recognized as unconstitutional the existing procedure when a candidate with completed mandatory military service, basic military training or alternative service is prioritized over other candidates for the position of a civil servant when several candidates receive equal evaluation.

The Court judged the existing practice to be creating "less favorable conditions for entering civil service or assuming the position of head of a state institution for citizens who have been exempt from military service due to objective circumstances provided for by the law, have had their service postponed or have been released from it early".

The Court ruled that candidates must be judged by their knowledge and skills for entering civil service, adding that laws stipulate objective circumstances when citizens can be exempt from military service.

The Constitutional Court also ruled that laws can set the basis for postponing mandatory military or alternative service or exemptions from it due to a person's health or any other important personal, family or civic circumstances.

"Taking this into consideration, under the Constitution, these citizens cannot be subject by law to less favorable conditions for entering state service than those who have completed mandatory military or alternative service as defined by law. It should be noted that especially citizens exempt by the state from military service, like the disabled, women etc. should not find themselves in an inferior position," the Court said in a statement.

The ruling follows the government's petition to evaluate certain provisions of the Laws on Civil Service and National Conscription, which the Court ruled as running counter to the Constitution.

The government turned to the Constitutional Court after three candidates for the position of the head of the State Consumer Rights Protection Authority received the same evaluation and one of them submitted documents on the completion of mandatory military service.

The position is still vacant.

Lithuania has no plans to increase number of conscripts next year

There are no plans to conscript more people in Lithuania next year, but the number of senior officers...

The first group of conscripts from this year's draft call are starting on Thursday their mandatory...

Kęstutis Girnius. What sort of military do we need?

The government is ready to take the coordinating role and coordinate the positions of political...