Concessions to aggressive Russian policies would be disastrous, says Ažubalis

LT Daily, media brief
Answering aggressive Russian policies with concessions would be disastrous for the whole of Europe and needed to met with a firm rebuff, was the consensus at the annual Snow Meeting according to shadow Foreign Affairs spokesman, Audronius Ažubalis of the conservative Homeland Union party. 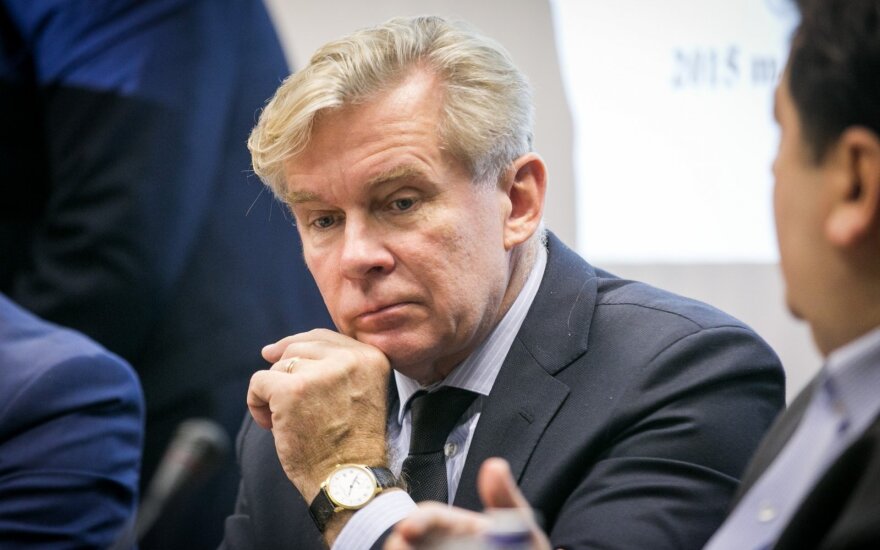 All speakers emphasised “the need to give a real rebuff to very aggressive Russian policies. This was the leitmotif. Everyone agreed that any concessions to Russia would be disastrous for the entire Euro-Atlantic civilization,” Lithuanian parliamentarian and conservative shadow foreign affairs spokesman Audronius Ažubalis told Lietuvos Žinios.

Diplomats and security experts assembled for the ninth Snow Meeting held in Lithuania. This time participants focused on the preparation for the NATO summit, the situation in Ukraine, discussed the international security environment, threats to European security and the dangers of information wars.

Foreign Affairs Minister Linas Linkevičius said “We discussed the topics that are important for bilateral relations and for our region. We agreed to act.”

In bilateral talks Linkevičius exchanged views with US Deputy Secretary of State Victoria Nuland on Russia's role in the conflicts in eastern Ukraine and Syria. He said there was a consensus that sanctions against Russia should be valid until the full implementation of the Minsk agreement on the situation in eastern Ukraine settlement.

A number of distinguished guests participated in the meeting including the United Kingdom Minister for Europe David Lidington, US Deputy Secretary of State Victoria Nuland and other senior NATO and the EU officials, diplomats, as well as experts from research institutes on international and security policies.

Well-known British journalist Edward Lucas who often participates in the Snow Meetings, said that “This traditional debate reminds me of the Davos summit, differing only in the number of participants of whom there are not thousands, but dozens. Another difference - the competence of the participants - the majority of politicians, officials and analysts at the meeting focus almost exclusively in Russia and its threat. Some of them have been doing it for many years.”