BNS
aA
EU Competition Commissioner Margrethe Vestager will come to Vilnius next week to meet with Lithuanian leaders after the European Commission on Monday imposed a fine of almost 28 million euros on Lietuvos Geležinkeliai (Lithuanian Railways, or LG) for breaching the bloc's anti-trust rules. 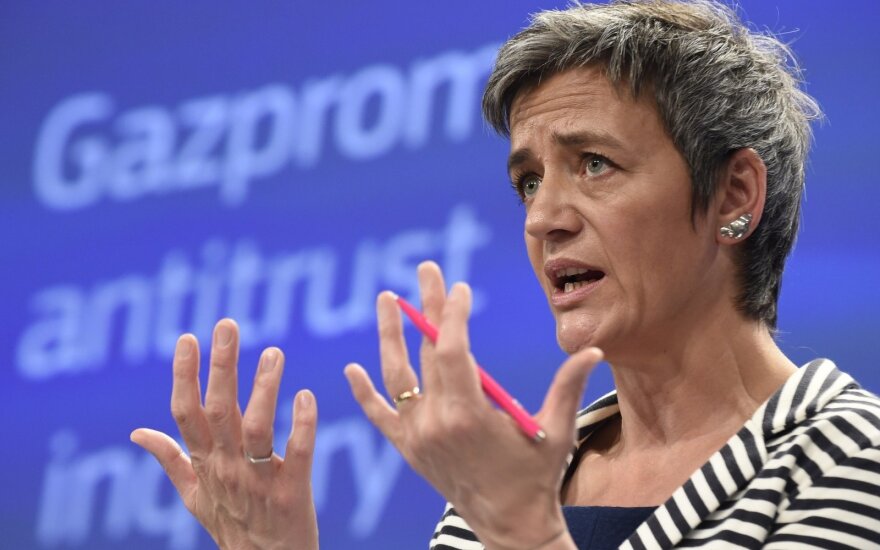 The Danish commissioner is scheduled to meet with President Dalia Grybauskaitė, Prime Minister Saulius Skvernelis and Lithuanian lawmakers during her visit to Vilnius next Tuesday, the European Commission Representation in Lithuania confirmed to BNS.

Vestager will also take part in a conference organized by the Lithuanian Competition Council.

Vestager said on Monday that the Lithuanian state railway company had hindered competition by dismantling a rail track from Mazeikiai, in the northwestern part of the country, to Renge, in Latvia, in 2008.

"It is unacceptable and unprecedented that a company dismantles a public rail infrastructure to protect itself from competition," she said in a statement.

The Commission said that the removal of a section of the track had forced Orlen Lietuva, the Lithuanian unit of Poland's oil group Orlen, to use a much longer route to transport its oil products to Latvia. According to the EU's executive body, LG "failed to show any objective justification" for the dismantling of the track.

Lithuania can appeal the fine to an EU court. The Commission's decision also requires LG to bring the infringement to an end and opens the way for affected parties to seek damages.

Lithuania will have to coordinate steps for removing the infringement with the European Commission. Brussels officials have called on LG to split its operations, a measure not approved by either the pervious or current management of the company.

Lithuanian officials do not publicly acknowledge the infringement, saying that the 19-kilometer section of track was dismantled for safety reasons. The removed track has not been rebuilt yet.