BNS
aA
A Lithuanian parliamentary committee has proposed waiving the requirement for politicians to declare meetings with lobbyists. 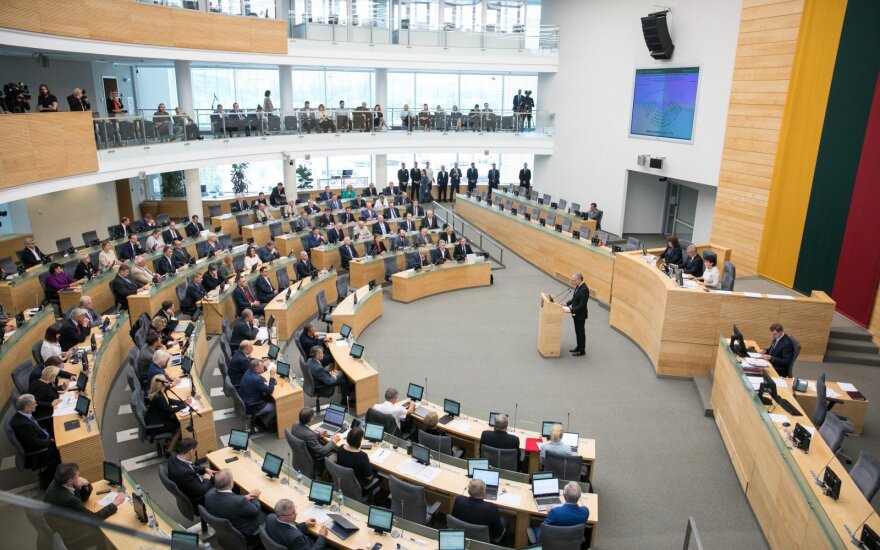 The parliamentary Committee on State Administration and Local Authorities submitted such a proposal while considering the Ministry of Justice's amendments to the Law on Lobbying Activities.

Guoda Burokiene, the committee chair, told BNS Lithuania the requirement for politicians to declare such meetings would increase bureaucratic burden for politicians.

"A lawmaker already has a lot of work to do, and they would need to write a lot, which would contribute a lot to bureaucracy," the politician said.

The Ministry of Justice had proposed making the president, members of the Seimas, ministers and vice ministers, government and ministerial chancellors, leader of political parties, mayors, councilors, administration directors and their deputies declare any lobbying activity they have been subjected to over every bill. They would be required to submit such reports to the Chief Commission of Official Ethics no later than over a period of seven days from the start of such lobbying activity.

Sergejus Muravjovas, head of the corruption-fighting organization Transparency International's Lithuanian Chapter, says that by renouncing this idea the committee members "in fact wiped out the work of their colleagues over the past two years and threw the bill into the bin".

"What remains in this compromise bill barely differs from the existing law, and it, as politicians themselves have admitted, does not work," Muravjovas told BNS Lithuania.

Richest politicians: not in parliament but in municipal councils

Liudas Skierus , a member of the municipal council in the northwestern town of Plunge, and Kaunas...