BNS
aA
Lithuania’s commercial media representatives on Monday filed a complaint to the European Commission over the funding arrangements of the Lithuanian national broadcaster LRT, which, in their view, distort fair competition. 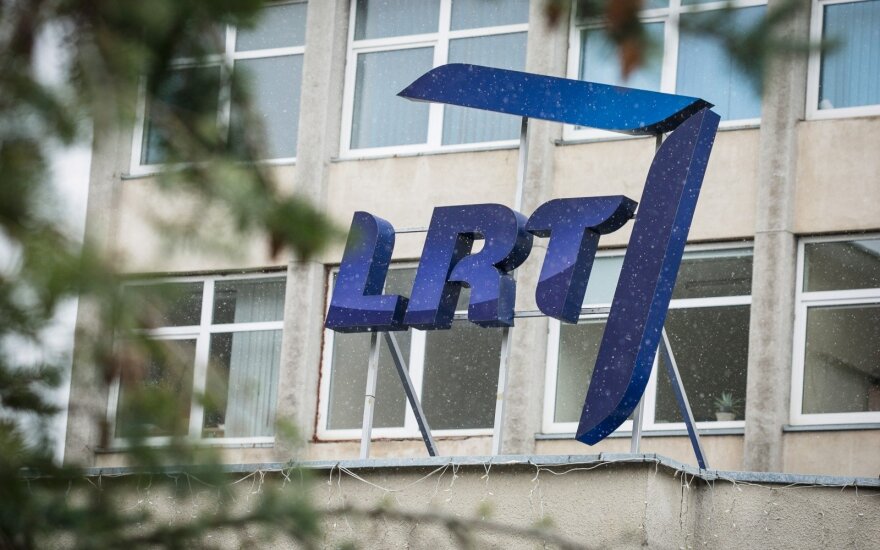 The complainants include the Lithuanian Internet Media Association, which lists news portals delfi.lt, 15min.lt and lrytas.lt among its members, and All Media Lithuania, a company operating the TV3 television channel in Lithuania.

The complainants allege that the funding arrangements of LRT violate the European Union’s (EU) legislation as they have not been agreed with the Commission as state aid.

Commercial media representatives point out that funding allocated to LRT from the budget has not been linked to costs pertaining to the exercise of a mission. They also emphasize the lack of proper income and cost control.

In their view, public funding distorts competition, given that LRT takes over the audience of private market participants. The complainants also point out to competitive distortions in advertising, content acquisition and sale as well as the labor market.

LRT has a budget of more than 46 million euros for 2020. Pursuant to current arrangements, funding for the national broadcaster is calculated automatically on the basis of government revenue from income tax and excise duties.

When allocating funding for LRT, Lithuania had failed to prevent competition between the content broadcast and published online by LRT and the content offered by commercial market participants, lawyer Karolis Kacerauskas said.

He also mentioned the absence of a link between the scale of funding and the costs of the national broadcaster as well as lack of independent and effective cost control mechanism.

Arnas Marcinkus, the head of Internet Media Association, pointed out that the existing national broadcaster legislation did not establish a duty or a task to develop and maintain a web portal. However, LRT took a unilateral decision to invest public funds placed at its disposal in that segment’s content that broadly matched the content offered by commercial market participants.

“Hence public funding distorts the market, which is already highly competitive, and squeezes commercial market participants out gradually,” he said in a press release.

The complainants also recall many similar cases brought in the EU in recent years, for instance, the recovery of nearly 77 million euros in similar illegal state aid from the public broadcaster in the Netherlands and changes made to the funding arrangements of the national broadcasters in France, Spain, Italy and many other countries at the Commission’s request.

LRT managing director Monika Garbaciauskaite-Budriene says that the complaint by representatives of the commercial media in Lithuania to the European Commission is aimed at reducing funding for the country's public broadcaster, the Lithuanian Radio and Television (LRT), and restricting its news website, despite the fact that the latter does not create competition in terms of revenue.

"The goal of commercial media representatives' complaint is to restrict the website and cut funding for the LRT. Differently from the commercial media with ratings as one of their key goals, the LRT, firs of all, seeks to reflect the variety of opinions, to present qualitative and trustworthy information to all public groups," Garbaciauskaite-Budriene told BNS.

Garbaciauskaite-Budriene says that under the Constitution, "the public broadcaster, having in mind its special constitutional mission, is not established to take a market share, and this is its fundamental difference from private commercial broadcasters".

"To successfully implement its mission, the accessibility of its contents is key to the LRT. Therefore, it has paid so much attention to the development of the news website project in recent years, and we are creating and integrating the contents of the LRT radio and television programs. The LRT finds it important to reach all public groups, including young people for whom online media is often the only source of news," the LRT head said.

Her position is that the LRT news website "does not create revenue competition for the commercial media" as it has renounced commercial advertising.

"As information channels are getting increasingly fragmented and more and more fake news appear, consumers have the right to get true, unbiased and trustworthy information, and this is where the LRT has a very important role to play. The audience has the right to meaningful non-clickbait contents," Garbaciauskaite-Budriene told BNS.

Lithuania's media watchdog, the Radio and Television Commission of Lithuania (LRTK), is considering...