BNS
aA
As Lithuania, Latvia and Estonia mark the 30th anniversary of the Baltic Way, people in Hong Kong are also set to join their hands and form a human chain on Friday to demand China to give them more freedom. 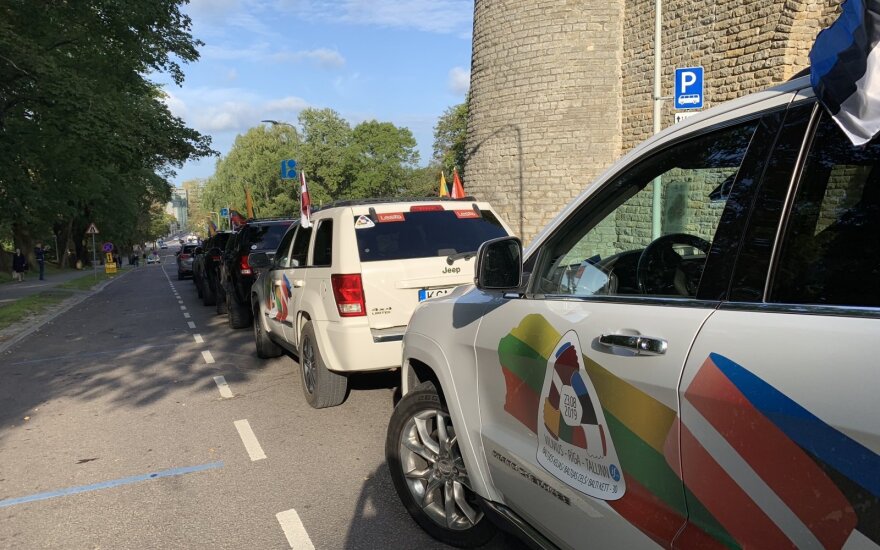 Having pulled together more than a million people on August 23, 1989, the Baltic Way became the most successful non-violent symbol of resistance.

The biggest commemoration events on Friday will take place in Vilnius and on the border with Latvia, with a relay-race and exhibition organized. In the evening, Lithuanian President Gitanas Nauseda will welcome people during a concert in central Vilnius.

At around 3 p.m. (Lithuanian time) in Hong Kong some 8,000 kilometers away from Vilnius, activists expect to form a human chain of 40 kilometers across the city, seeking more freedom and democracy and being unhappy with China's interference with the city's affairs.

"The Baltic Way was an inspirational event to many freedom-fighters around the world. It demonstrates the power of solidarity and non-violent social movement," Joshua Wong, a Hong Kong opposition leader, told BNS Lithuania.

The leader of Demosisto, a pro-democracy group, likened China's behavior in Hong Kong to the Soviet Union's interference in Baltic affairs three decades ago.

"Over previous months, Hong Kong people are suffering from serious police brutality and direct political interference from China, similarly to what the Baltics were facing from the USSR 30 years ago," the 22-year-old activist who became the face of Hong Kong's democracy protests said.

Lithuanian historian Algimantas Kasparavicius says the Baltic Way, which stretched for more than 600 kilometers, made the Lithuanians, Latvians and Estonians more determined, and Moscow and the West started realizing that the Baltic states would become independent countries.

"The Baltic states realized themselves their power, and the world started viewing the Baltic nations as international entities," Kasparavicius told BNS Lithuania.

In his words, following the Baltic Way, the then Soviet leader Mikhail Gorbachev "started realizing very clearly that the three Baltic nations were moving towards political independence“.

According to the historian, the demonstration showed to Western European countries and the United States that "the three Baltic nations can act together and that they were swiftly, effectively and peacefully moving towards political independence."

The original Baltic Way was organized to mark the 50th anniversary of the signing of the German-Soviet Non-Aggression Pact, known as the Molotov-Ribbentrop Pact, and secret protocols that divided Eastern Europe into German and Soviet spheres of influence.

Kasparavicius said the whole global media reported on the human chain from Vilnius to Tallinn, and this demonstration became a symbol of non-violent liberation.

In 2004, people in Taiwan formed a human chain to protest against China's military threats, and the move was repeated in 2013 by the Catalans seeking independence from Spain. The organizers say over 1 million people took part in each of them.

On the occasion of the Baltic Way's anniversary, buildings will be lit with the colors of the Baltic states' flags in the Czech Republic, Hungary and Bulgaria on Friday.

Kasparavicius believes the Baltic Way might inspire more nations in the future.

"More similar liberation ways will appear in the future, probably in Asia, Europe and Africa when this model of political action, created by the three Baltic states, will be adapted by other nations and in other continents," the historian said.

A giant construction made up more than 2,000 old radios will sound in unison in Vilnius on the evening...