BNS
aA
Beijing's embassy in Vilnius says a planned celebration of the 70th anniversary of the People's Republic of China in the Lithuanian capital is a cultural event that should not be politicized. 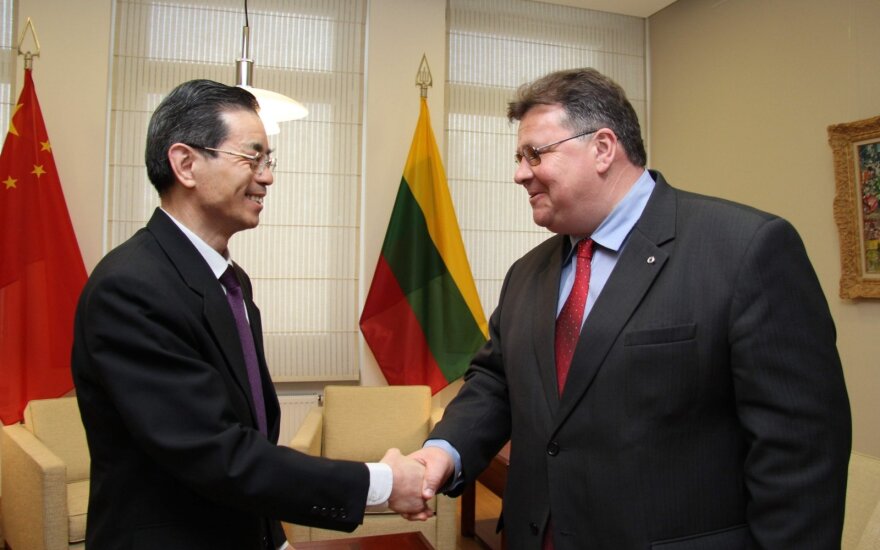 "The fireworks display celebrating the 70th anniversary of the founding of the People's Republic of China is a cultural event open to citizens of Vilnius, just like the laser show celebrating the Centenary of the Restoration of Statehood held by Lithuanians in

China last year," the embassy said in a comment to BNS. "Cultural events are not meant to be politicized or ideologicalized".

"Citizens of Vilnius will regrettably lose an opportunity of appreciating a brilliant fireworks display if the event is denied by the Vilnius authorities," it added.

The embassy also said that requests for permits to hold the fireworks display and advertise it "have been processed in accordance with the law and regulations via commercial channel".

Municipal workers last night removed the banners put up in Vilnius on Monday to advertise the planned public fireworks show near the White Bridge in the capital's center on October 1.

Municipal administration officials have said the organizers failed to obtain the necessary permits.

Vilnius Mayor Remigijus Simasius said on Monday that the fireworks display had not been sanctioned and would not take place.

"Such games won't work in our city, and it doesn't matter who is behind this – whether it is the world's largest country or an Indian Ocean island with a population of three people. The rules are the same for everyone," he said.

According to municipal officials, the banners were ordered by Blikas, a local company that organizes an annual fireworks festival in Vilnius, named "Vilniaus Fejerija", and other events.

The Palestinians hope to have their representation in Vilnius in two years and are asking Lithuania...

Lithuania's Muslims at odds with Vilnius authorities over new mosque (1)

Lithuania's Muslim community has been trying to build a mosque in Vilnius for over a decade, but it...

A member of the Tibetan parliament in exile has asked members of the Lithuanian Seimas to act as...