BNS
aA
The Chinese Embassy in Lithuania has on Friday expressed its resentment over the Lithuanian Freedom Party's aspiration to support Taiwan's independence. 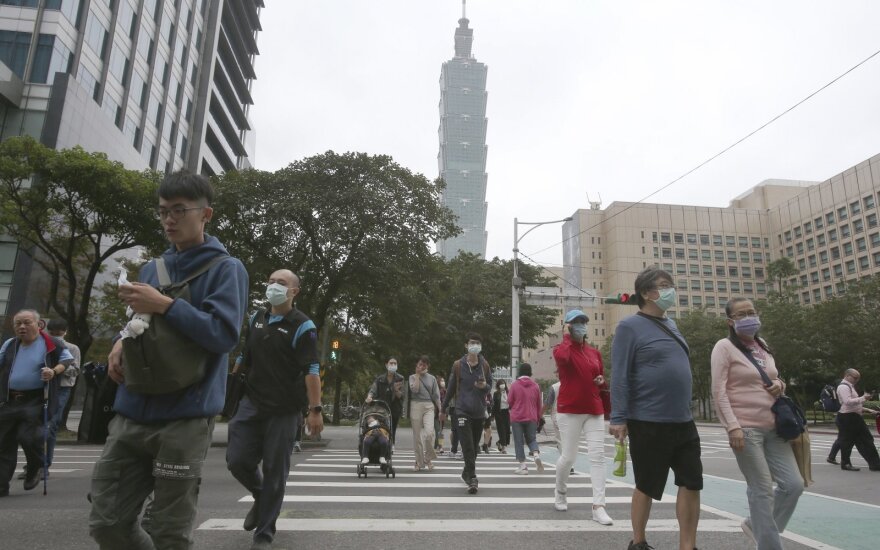 "The Embassy expresses strong indignation and firm opposition. There's only one China in the world, and Taiwan is an inalienable part of the Chinese territory," the embassy said in a statement sent to BNS.

It came in response to the Freedom Party's proposals for the new government's working program, which include the party's aspiration to "to actively support the aspiration to have Taiwan's independence recognized and statehood bolstered".

The Chinese Embassy says that under the One-China policy is "a universally recognized norm governing international relations". Moreover, under the bilateral Lithuanian-Chinese agreements, the Lithuanian government is committed to not establish official relations with Taiwan.

Related articles
How far should the U.S. go to counter China?
Mickeviciene proposed for Lithuania's ambassador to China

"The government program proposal of the Freedom Party is a grave interference in China’s domestic affairs and a blatant violation of basic norms governing international relations as well as Lithuanian Government’s decades-long commitment to the One-China principle," the Chinese Embassy said. "It has further sent a wrong signal to the „Taiwan independence“ separatist forces, adding to the threats to peace and stability across the Taiwan Strait."

According to the embassy, the Taiwan issue concerns "China's sovereignty, territorial integrity and core interests and the national feeling of the 1.4 billion Chinese people that brooks no external inference".

"China-Lithuania relations and pragmatic cooperation have enjoyed steady development over the years on the basis of mutual respect to each other’s sovereignty, territorial integrity and core interests. The Embassy has no intention to be involved in the political agenda of Lithuania, yet must state its solemn position facing the gross infringement of the Chinese side and severe threats to shaking of foundation of bilateral relations," the statement reads.

The Freedom Party's leader Ausrine Armonaite says that "Lithuania is a sovereign country and political parties have different ideas" which China has to respect.

"We would be grateful if China respected them. (…) The Freedom Party is proposing a foreign policy based on human rights, respect for the rule of law, the freedom of speech, fundamental human rights. We believe Taiwan has to be given a change to be recognized," she told BNS on Friday.

Asked whether the future government could recognize Taiwan, Armonaite said that this issue would be discussed during the negotiations.

"That's our proposal, our view. This is a united position of the Freedom Party we are putting on the table and we will be inviting our partners to support it. We will discuss and look for solutions but the key thing is to send a message to those countries and those people, not only in Taiwan but also in Hong Kong and elsewhere. We see what's going on and we support their aspiration to respect human rights and celebrate the fundamental human rights," the Freedom Party leader said.

The status of Taiwan is one of the most sensitive issues for China. The Chinese authorities are not renouncing their threats to regain control over this territory by force and want to prevent Taiwan from engaging in international activity.

Lithuania, just as many other counties in the world, do not recognize Taiwan's independence and adhere to the One-China policy.

How far should the U.S. go to counter China?

From Pacific bases to the Himalayas, Washington and Beijing are facing off.