BNS
aA
The Homeland Union–Lithuanian Christian Democrats, the Liberal Movement and the Freedom Party on Thursday plan to start drafting a program for their planned center-right government coalition. 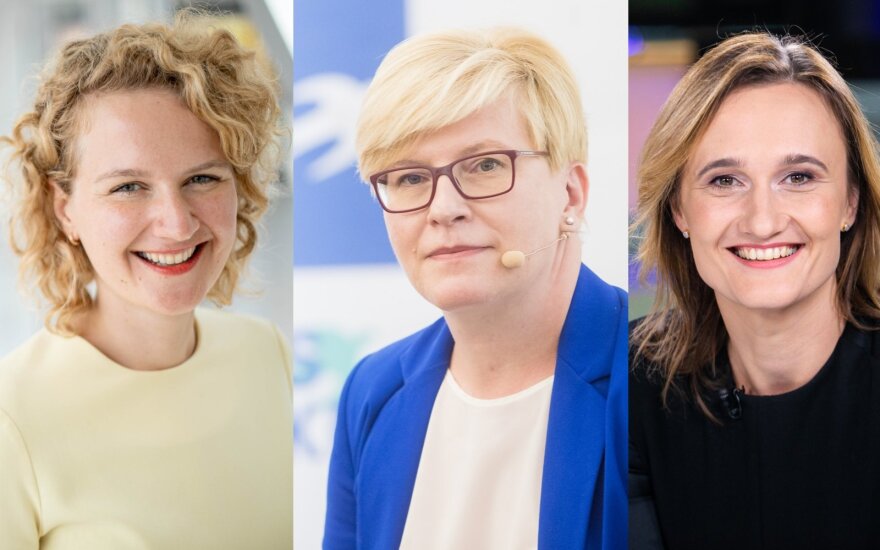 Ingrida Simonyte, the conservative Homeland Union's candidate for prime minister, has said she expects the two liberal parties to put forward their official proposals on Thursday.

The Homeland Union's presidium has named Simonyte and Gabrielius Landsbergis, the party's chairman, as the party's negotiators in the coalition talks.

The Liberal Movement has approved eight areas it wants to include in the coalition deal, and the Freedom Party has named five points.

The Freedom Party wants the new government to introduce a zero percent corporate tax rate for reinvested profits as of 2021, not to raise personal income taxes, and to create a friendly environment for business development by cutting red tape and regulation. The party has also named the modernization of education as one of its top priorities.

The Freedom Party also wants its coalition partners to commit to holding a referendum on multiple citizenship, to allow using all Latin-based characters on the main page of personal documents, to legalize same-sex partnerships and to decriminalize the possession of psychoactive substances for personal use. It expects the latter two decisions to be made within 100 days.

The three parties will have at least 74 of 141 votes in the new parliament.

Lithuania's Central Electoral Commission is planning to allocate on Thursday a total of 2.751...

The conservative Homeland Union–Lithuanian Christian Democrats , the Liberal Movement and the...