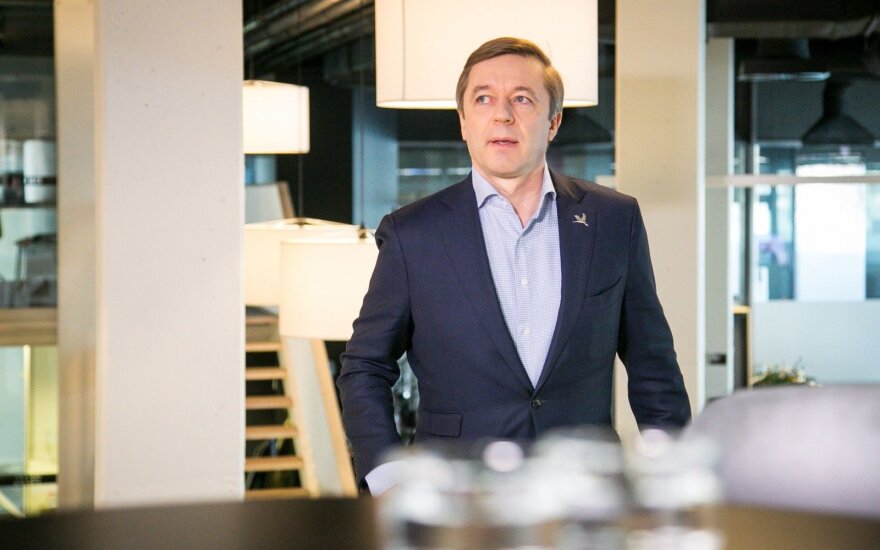 Having been caught in the epicentre of scandal, Ramūnas Karbauskis’ ward Greta Kildišienė is relinquishing her Seimas member mandate – she has presented the Central Electoral Commission with her request to such effect. The opposition says that the Range Rover rent detective cannot be ended just yet. Supposedly R. Karbauskis who provided Kildišienė with the jeep and covered for her should also resign. This is supported by some analysts by the Alfa.lt news portal.

R. Karbauskis’ posture during the scandal has even been criticised by some colleagues in his fraction.

What awaits the “Peasants”?

Politicians who entered the Seimas with the “Peasants” support G. Kildišienė‘s decision to resign as there is no other perceived way to put an end to the scandalous renting of the luxury vehicle.
The opposition, however, is unwilling to let it end there. It stresses that R. Karbauskis should take responsibility as well and resign from Seimas.

“Today responsibility is in R. Karbauskis’ hands. It is a simple fact – the upcoming elections in Anykščiai will cost us extra. He covered for Kildišienė. This means he is responsible for us paying for new elections. I want to see a responsible Western politician, who takes responsibility, but this won’t happen,” says conservative G. Landsbergis.

“It is obvious that R. Karbauskis stood behind all of this. It was not the mother of G. Kildišienė that decided to rent the car. It is obvious that he knew everything and hid it. Speaking of morals, speaking up for her he comes across even worse than Kildišienė,” says liberal E. Gentvilas.
The “Peasant” leader is faced with criticism from political analysts as well.

“In my opinion Karbauskis has 2-3 reasons more to resign than Kildišienė <…>. Karbauskis should have already resigned because the scandal arose due to his actions and arrogance,” analyst Rimvydas Valatka poured on criticism.

While the Seimas Speaker supports the resignation of G. Kildišienė, when speaking of R. Karbauskis, he refrains from commenting. According to the politician, the fraction prefect should decide himself.

Some members of the “Peasant” fraction admit that they would have acted otherwise in R. Karbauskis’ place and the scandal has harmed the entire fraction.

“I do not believe Ramūnas should have commented on that situation at all. That was the main mistake, G. Kildišienė should have answered for facts from her own biography. I usually answer questions directed at me. I do not believe that it is worth covering for someone without looking into the details of the situation,” says “peasant” J. Džiugelis.

Meanwhile the coalition partners of the “Peasants”, the Social Democrats, do not see any reason for R. Karbauskis to resign, but applaud the decision of G. Kildišienė to resign.

The opposition is not currently considering impeaching R. Karbauskis. The “Peasant” leader himself does not show himself in Seimas and does not answer phone calls. Fraction colleagues assure that by Tuesday he should present an answer whether he is withdrawing from Seimas. Analysts note that the “Peasants” are treading on the SocDems’ rake – having promised change they have not only tarnished their reputation, but are even mired in even more scandal.

To recap, the “Peasant” fraction prefect and his deputy were caught up in the scandal when it surfaced that G. Kildišienė drives a luxurious car belonging to Agrokoncernas. Initially the politician and her advocate explained that there were no breaches of law because the vehicle was leased by a relative of G. Kildišienė. As it turned out later this was Kildišienė‘s mother Vladislava Miklauskienė.

Public distrust was also sown through the woman mysteriously getting rich – having worked as a teacher at a kindergarten the woman left her job prior to the New Year and established a company. Later on it was explained that the Range Rover was rented by V. Mikalauskienė through an insurance payment for her son who died over ten years ago.

Ethics chief refuses to step down