DELFI
aA
The Lithuanian Social Democrat Party (LSDP) Chairman Algirdas Butkevičius claims that in their negotiations with the Lithuanian Peasant and Greens (LVŽS) party, his party did not demand four cabinet seats. 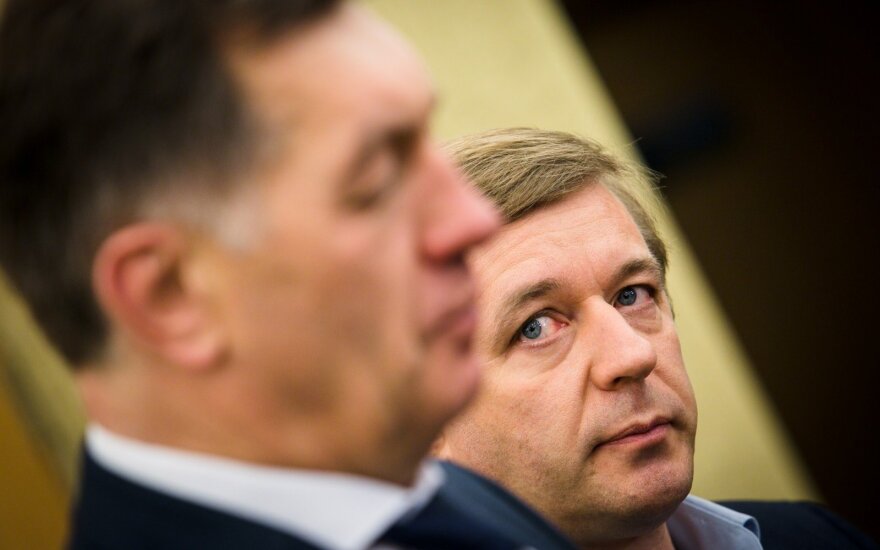 “We are negotiating for three. That is the quota that is set. We were not negotiating how many belong to the Social Democrats, I will repeat, we spoke on whether it would be possible to propose or present a competent, qualified future minister, that was all we spoke about, but somehow everything was diverted to some sort of demands or complaints being raised,” A. Butkevičius told LRT Radio on Tuesday.

He expressed hope that the coalition agreement will be signed on Wednesday. Based on current plans, the Social Democrats will be in charge of three ministries – social security and labour, justice and foreign affairs.

One of the LVŽS negotiators Povilas Urbšys confirmed to BNS on Monday that complications can arise in the negotiations due to a SocDem intent to also propose their own candidates to the minister posts in the ministries of agriculture and economy. According to him, if a non-partisan professional was proposed for the seats, there would be no issues, but if a party member was proposed, the “Peasants” would raise the question of taking the Ministry of Social Security and Labour.

A. Butkevičius assures that there is no talk of a SocDem partisan candidate for the seats of agriculture or economy minister.

“We spoke of a non-partisan individual, who would be competent and could perform in that position. But these are discussions or negotiations. We are definitely not planning to propose a member of our party to the aforementioned ministries,” he explained.

Butkevičius was not allowed to resign as SocDem chairman (1)

Prime Minister Algirdas Butkevičius attempted to resign from party leadership, but the party did...