Daniel Freifeld | The Mark News
aA
In late 1996, Bulgaria found itself beset with both a banking crisis and hyperinflation. Nine out of the country’s 10 largest banks were failing, and inflation topped 2,000 percent on an annualized basis a few months later. 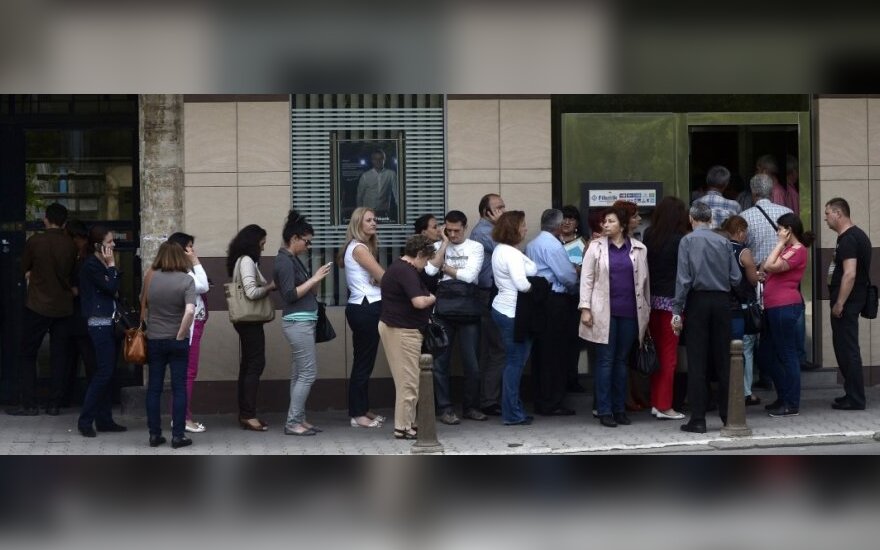 Corruption, patronage, and self-dealing among Bulgarian banks and politicians became visible to the world. The deterioration of the financial system was matched only by Bulgarians’ deteriorating confidence in their government. As pensioners lined up around the block for access to their deposits, protests and riots swelled, leading to the collapse of the socialist-led government.

Ultimately, the Bulgarian National Bank (B.N.B.), the International Monetary Fund, and the government stepped in with a series of bold measures to stabilize the country. Reforms such as a long-term commitment to a currency board providing a stable and predictable exchange rate paved the way to a decade of sustained growth and social stability, leading the country into the European Union in 2007.

Bulgaria’s fiscal balance and debt-to-GDP levels became the envy of much of Europe as investment poured in, the rule of law took root, and parliament managed a democratic consensus, albeit a messy one.

Yet today, Bulgaria finds itself on the precipice of another potential crisis. The 1997 crisis was rooted in corruption and self-dealing between banks and their political sponsors, and Bulgaria is showing that old habits die hard.

Anonymous text messages were broadcast claiming insolvency at Corporate Commercial Bank (K.T.B.), the fourth-largest bank in Bulgaria, which counts Vassilev as its largest shareholder. These rumors sparked withdrawals of $700 million, or 20 percent of the bank’s deposits, in a single week.

Admirably, K.T.B. honored the withdrawal requests. It then promptly requested that the B.N.B. place it in conservatorship to prevent a total collapse.

Signs of a spreading crisis soon appeared when the central bank had to step in to prevent a run on First Investment Bank, an unrelated bank.

The government and the B.N.B. pledged to conduct an independent audit and protect depositors and bondholders, even if it meant issuing new debt to guarantee the stability of the banking system. After all, the B.N.B.’s credibility was at stake: Only a few months earlier, it had given K.T.B. a clean bill of health in order to facilitate the purchase of a local subsidiary of a foreign bank.

International investors and local depositors largely saw this as a swift and effective reaction to what was likely a fabricated crisis.

Then the real drama began. When an independent audit showed massive gaps in the banks’ records and malfeasance at multiple levels, the accusations reached a fever pitch.

Vassilev called into question the reliability of the audit given the obvious discrepancy with the previous audit. The prosecutor general accused B.N.B. officials of complicity. Others demanded to know why government could not produce required duplicates of bank records.

Each political party came up with a solution and then changed its position repeatedly, using the crisis to either score political points or cover up misdeeds. What began as an easily containable problem has turned into a political circus. All the while, K.T.B.’s doors remain closed, and depositors and creditors alike are left in the dark.

This mismanagement has called into question whether Bulgaria has the basic political and institutional maturity to stabilize itself in the face of a crisis. The country is in danger of needlessly allowing its fourth-largest bank to collapse. The lack of transparency is stunning.

Politicians created this problem, and they must fix it. Unfortunately, this is complicated by the fact that a snap election is scheduled for October. The ruling coalition collapsed earlier this month, and in its place emerged a shifting and loose alliance made up of parties from the last government and the opposition. Everything is being handled behind closed doors.

The problem is easy to solve at this early stage, but will take the same sort of decisive action as was necessary in 1997. And the good news is, the latest B.N.B. audit of K.T.B, released on July 31, showed a healthy bank with more than $4.5bn in assets.

There are two routes that would immediately restore confidence. First, the government or shareholders could provide the necessary capital backstop and depositors’ insurance to ensure that customers and creditors are protected, allowing the bank to promptly reopen without fears of a run or lawsuits.

The second route would be to move the healthy assets and liabilities to a “good bank,” which would be promptly reopened, and to isolate the alleged “bad” loans and business activities to be dealt with through the full force of the law.

Failure to take one of these routes will make it clear that Bulgaria is not a safe place to invest. If all it takes to destroy a bank, default on creditors, and wipe out depositors is a text message, then years of institution building, democratic consolidation, and EU-led rule-of-law programs are for naught. Investors will think twice about all aspects of business in what was an enticing growth market only a few weeks ago.

Politicians in Bulgaria must put aside short-term gains and petty differences and act together to swiftly and resolutely control this crisis before it takes down the country, and them along with it.

Daniel Freifeld is the founder of Callaway Capital Management, a Washington, D.C.-based investment firm. Callaway Capital is a Corporate Commercial Bank bondholder. Freifeld was senior adviser to the Special Envoy for Eurasian Energy at the U.S. Department of State, where he had responsibilities for energy security issues in Eastern Europe and Eurasia.

Eesti Päevaleht writes that Centre Party’s MP Olga Sõtnik not only owes about 260,000 euros in...

Lithuanian President Dalia Grybauskaitė returned amendments to the Law on the Bank of Lithuania...

Lithuanian banks are preparing for peak days of euro changeover

Commercial banks in Lithuania on Thursday signed a Memorandum of Understanding on Good Practice during...