Rory Kelleher, the Lithuania Tribune
aA
Police across Europe have stepped up their efforts to prevent further ISIS attacks in European cities after the Brussels bombings, with 10 more suspects arrested in Belgium, Germany and France. 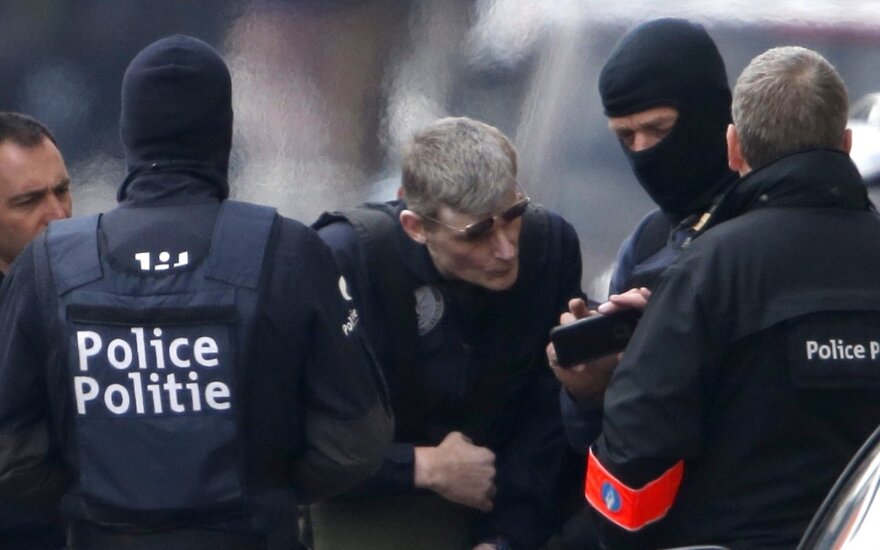 Seven suspects were detained in Brussels on Friday, while two were arrested in Germany and one in Paris report the BBC as police continue a manhunt for men suspected to be involved in the bombings who escaped, while also looking to break up terrorist cells across Europe before they can carry out another attack.

Visiting Brussels, US Secretary of State John Kerry said that the so-called Islamic State (IS) would be destroyed.

In a press conference with Belgian Prime Minister Charles Michel, Kerry expressed condolences for the victims of the attacks and solidarity with Belgium.

And he had a message for the so-called Islamic State: "We will not rest until we have eliminated your nihilistic beliefs from the face of this earth"

Meanwhile the manhunt continued in Belgium with at least two explosions reported by the BBC in the Schaerbeek suburb of Brussels as police operations continued. Local media reports said a man had been ‘neutralised’ in the operation.

Details of those killed in the Brussels bombings continue to emerge, with the nationals of 40 countries caught up in the attacks.

Three Dutch citizens, two Americans, one Briton and one Chinese national have so far been confirmed among the dead while hundreds are seriously injured.

Belgian police are now hunting a fifth suspect in the Brussels bombings as the names and...

Brussels Airlines flights from Vilnius to land in Liege on Thursday

In the wake of the attacks in Brussels , Lithuanian president Dalia Grybauskaitė expressed her...

Lithuanian national flags and flags of the European Union were Wednesday replaced by Belgian flags...

The Belgian police identified two suicide bombers who carried out attacks in Brussels on Tuesday as...