BNS
Great Britain's Prime Minister David Cameron has joined the warnings made by other high-ranking officials about the possibility of the Baltic states being the next Russian target after Ukraine in an effort to test NATO's strength. 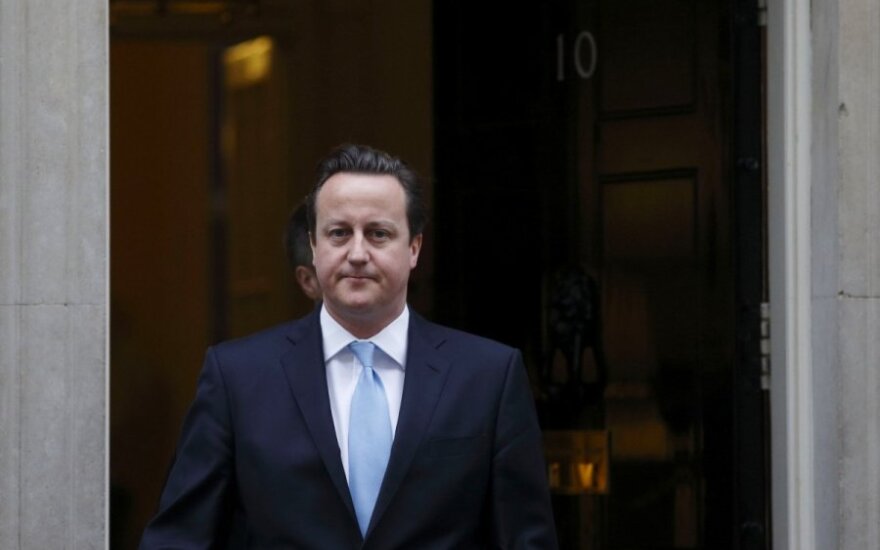 Speaking at the House of Commons, the British prime minister said Russia would aim to destabilize other countries unless it met resistance in Ukraine.

"Of course, when you put sanctions on a country, there is short-term pain to your own economies, but the argument I always make is that, in the medium to long term, the countries of Europe depend on a rules-based system where people obey the rules," Cameron said.

"And the instability we will yield if we don’t stand up to Russia in the long term will be deeply damaging to all of us, because you will see further destabilization – next it will be Moldova or one of the Baltic states – and that sort of instability and uncertainty will be dreadful for our economies, dreadful for our stability," he added in the excerpts of his speech published on the website of The Scotsman newspaper.

In his words, there is a "real and present danger" that Putin will launch a campaign of undercover attacks to destabilize the Baltic states, similar to the attacks it is accused of taking in Ukraine.

NATO's former secretary general, Rasmussen, has stated that Putin may mastermind a hybrid attack on a Baltic state to test whether NATO would mobilise against such move.

"This is not about Ukraine. Putin wants to restore Russia to its former position as a great power," he told The Telegraph.

"There is a high probability that he will intervene in the Baltics to test NATO's Article 5," Rasmussen said, referring to the solidarity clause of the North Atlantic Treaty that underpins collective security.

Russia 's President Vladimir Putin may "mastermind a hybrid attack on a Baltic state to test whether...

Lithuanian Prime Minister Algirdas Butkevičius says he does not believe that Moscow could use the...