(1)
the Lithuania Tribune
aA
Britain is sending five warships to Lithuania and the Baltics as part of an increased NATO presence in the region to act as a deterrent against Russia. 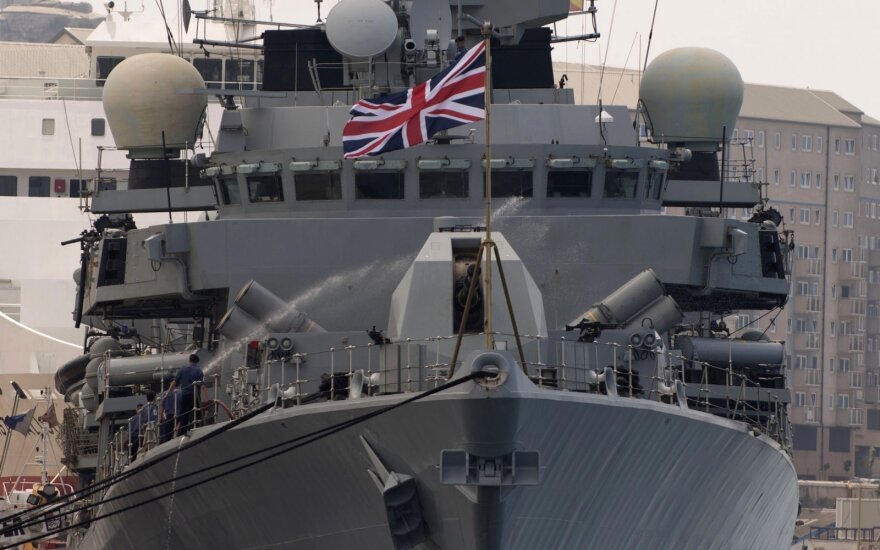 “Increasing our NATO deployments sends a strong message to our enemies that we are ready to respond to any threat and defend our allies. 2016 will see a particular focus on the Baltic region with our ships sent there as part of the Maritime Group, the Mine Counter Measure Group and the Baltops exercise,” said UK defence secretary, Michael Fallon.

The UK defence minister was attending a two-day NATO meeting on Wednesday in Brussels. The British Ministry of Defence also announced that the UK is to contribute to NATO’s Standing Maritime Group 1 (SNMG1), a permanent NATO naval force, for the first time since 2010.

The British MoD said the UK is to deploy five new warships in total to the Baltic. It will deploy the HMS Iron Duke, a Type 23 Frigate, from January to July and a Type 45 Destroyer from October to November. The deployments will involve around 400 Royal Navy personnel. The two British ships will be accompanied by three minesweepers with another 130 British Navy personnel.

The Ministry of Defence said the UK had also committed to sending its largest warship, the HMS Ocean to naval exercises, Exercise Baltops, in the Baltic region.

Fallon emphasised the importance of NATO’s deterrence stance in the face of Russian aggression, and called on NATO Allies to commit, ahead of the NATO Warsaw Summit in July, to meeting the NATO target to spend 2% of GDP on Defence within a decade.

The British move follows last week's announcement by US president Barak Obama's that the US would quadruple its military spending in Europe to over €3 billion to bolster its deterrent in Europe against an increasingly unpredictable Russia. However, much of that increased spending will be focused on US bases in Western Europe.