Vladimir V. Kara-Murza
This is probably the most difficult piece in my life. 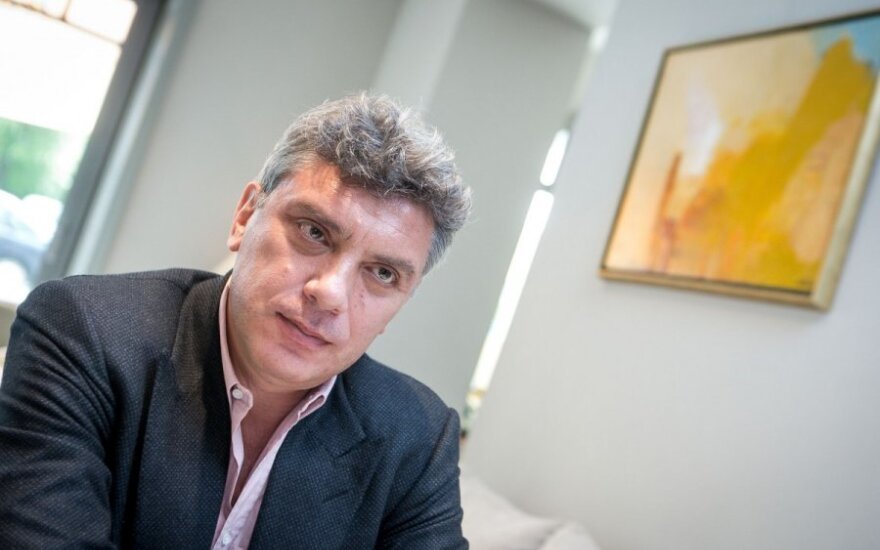 Boris Yefimovich Nemtsov was a rarity in politics. Having raced up the political power ladder—member of Parliament at 30, regional governor at 32, senator at 34, first deputy prime minister at 38, leader of the parliamentary opposition at 40—he always maintained his honesty, his character, and his principles, never betraying his ideals or his friends.

He was the face of a different, freer, more hopeful, and more European Russia. A committed democrat and modernizer, who propelled his Nizhny Novgorod region to one of the leading economic positions in the country, helped to end the first war in Chechnya, and won election after election, Boris Nemtsov was the best president Russia never had. The most popular politician in the country, he was appointed deputy prime minister in 1997 and was openly talked about—including by the then president himself—as Boris Yeltsin’s likely successor in the Kremlin.

He was one of the most decent people I knew. He loved people, he loved life, and he loved his country. And when others chose the comfortable path of silence or collaboration, as Vladimir Putin tightened his grip on power and clamped down on opponents, Boris Nemtsov continued to fight for his beliefs, for a democratic Russia, and for the truth, exposing Putin’s corruption and power abuses, and his war with Ukraine.

It was for his truth that he was gunned down on the night of February 27th, two hundred yards away from the Kremlin wall, in Moscow’s most guarded and most security-ridden district. This was the only way he could be silenced.

Whoever pulled the trigger—and I hope against hope that these inhuman killers are found and brought to justice—the collective trigger was pulled by all those, from television propagandists to Vladimir Putin himself, who over the last several years, and especially after the beginning of the war with Ukraine, sponsored a campaign of hatred, intimidation, and aggression against those they labelled “national traitors” and “the fifth column”—Russian democrats and all those who opposed Putin and his policies. Just days ago, pro-Kremlin organizations staged a hate-filled rally in downtown Moscow, openly calling for “cleansing” Russia from “the fifth column.” The placards they carried had the picture of Boris Nemtsov.

State television channels that hounded and slandered Nemtsov until the very last day of his life—the latest episode purporting to show his “links with the West” was scheduled to be broadcast on NTV on March 1st—have immediately changed their tune, claiming that the opposition leader was “insignificant” and “no threat” to Putin. “An average citizen,” Putin’s official spokesman quipped.

On March 1st—the day Boris Nemtsov was supposed to lead an opposition march against the war with Ukraine—tens of thousands of Muscovites walked through downtown Moscow, by the Kremlin walls and past the place of his murder on Bolshoy Moskvoretsky Bridge, in a solemn march of remembrance. A mountain of flowers has covered the murder spot since the early hours of Saturday; it is still growing, as Russians—from Moscow and beyond—continue to come here to say their goodbye.

Boris Nemtsov will be buried at Moscow’s Troekurovskoye Cemetery on March 3rd. He is survived by his wife, Irina; four children (aged 10 to 30); and his mother, who will turn 88 on the day of her son’s funeral. He is also survived by many close friends, for whom—as for the author of this blog—a sense of political tragedy for Russia has been overshadowed by an irreplaceable personal loss.

Over the weekend, my wife tried to explain to our six-year-old daughter why bad people have killed her godfather.

“When people hear the truth, these 86 percent [Putin’s official poll figures] will fall apart. This is why… we are not allowed on television,” Boris Nemtsov said in his last interview on Ekho Moskvy radio hours before his death. “Because when people realize that everything… is build on lies, this regime will crumble to dust.”

Boris Nemtsov will not live to see the day Russia becomes a democratic country. But when that day comes, his contribution to it will be one of the greatest.

The speaker of Poland 's Senate says Russia won’t let him attend the funeral of an opposition...

Lithuanian Minister of Foreign Affairs Linas Linkevičius will attend the funeral of Russian...

Hundreds of Vilnius residents took part in a march in memory of murdered Russian opposition activist...

MFA statement on the murder of Nemtsov

Lithuania n MFA condemns the murder of famous Russia n politician and one of the opposition leaders...

Lithuanian President Dalia Grybauskaitė has called the murder of one of the key Russian opposition...