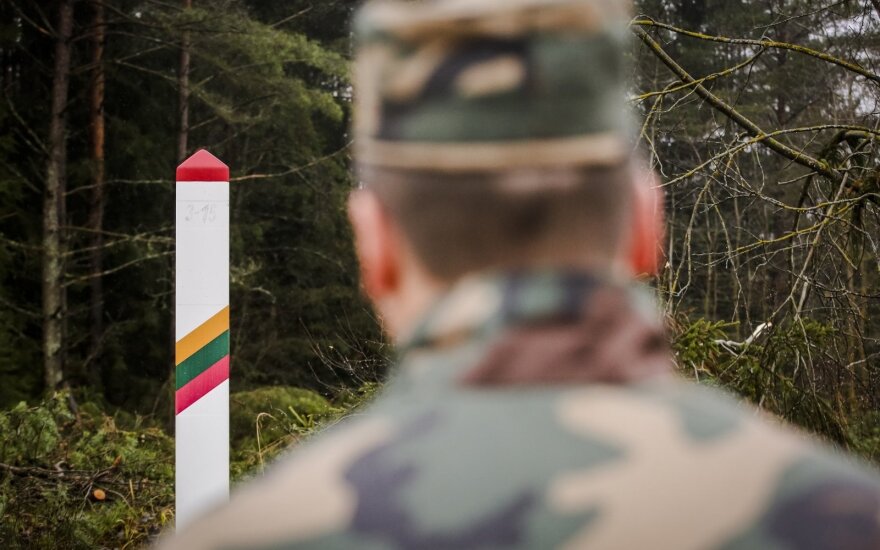 The Russians were trying to leave Lithuania without awaiting the decision in their asylum case, the State Border Guard Service said on Tuesday.

The border guards stopped a Skoda Octavia with Polish plates on the road to Sejny, Poland, driven by the Belarusian citizen, 24. The man has a permit to reside in Poland.

During the inspection, the three passengers in the car, all Russian citizens aged 32, 59 and 64, presented certificates issued by the SBGS's Foreigners Registration Center based in Pabrade.

Related articles
Experts on what US attention to Belarus means to Lithuania
Sources: Nauseda with experts discuss possible changes in ties with Belarus

It turned out that the two women and one man had asked for temporary territorial asylum in Lithuania, and such persons have the right to leave the FRC's premises for 24 hours and move within the territory of Lithuania. But the foreigners used the right to attempt to travel to Western Europe.

A pre-trial investigation into illegal cross-border transportation of people has been launched against the Belarusian citizen, and he is facing a fine, arrest or a prison term of up to six years. The Belarusian was initially detained and later a court sanctioned his arrest for two months.

The three Russian citizens were brought back to the FRC in Pabrade.

Lithuanian President Gitanas Nauseda has had an undisclosed meeting with political scientists to...

A gathering was held in the Cathedral Square in Vilnius on Saturday in support of Russian...

Four border checkpoints to be temporarily closed on Lithuanian-Russian border

A Lithuanian court has allowed the country's State Border Guard Service to continue its tender ,...