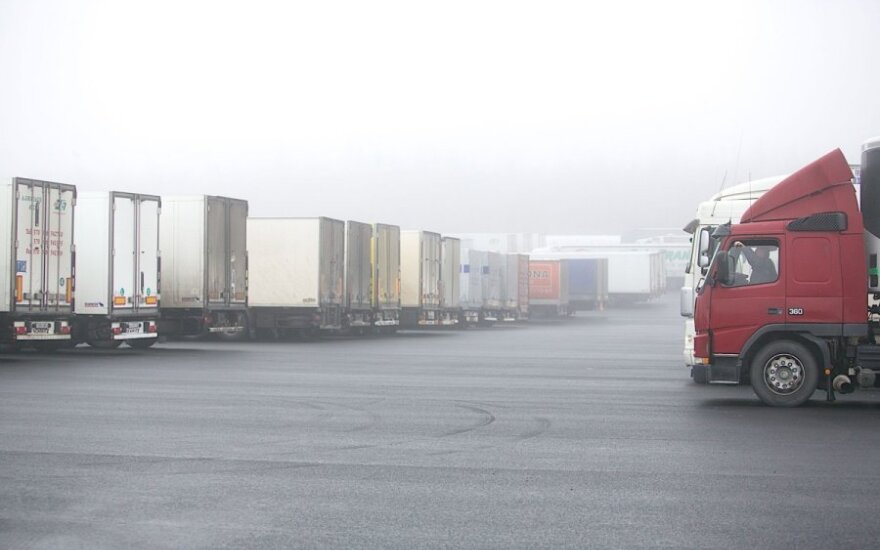 "We have no clarity yet. We could hardly expect to receive any official notification from our Belarusian colleagues overnight, but the situation at the state border has not changed much", Rustamas Liubajevas told BNS.

"Naturally, traffic slowed down a bit at night, but vehicles and people continue to cross the state border," he added.

According to Liubajevas, Lithuanian officials will continue to try to contact their Belarusian colleagues on Friday to get more information after President Alexander Lukashenko said on Thursday that Belarus was closing its borders with the West, primarily with Lithuania and Poland.

Neither Polish border guards nor regional-level Belarusian border guard officials had any information about a new border crossing time as of Thursday evening, he said.

Romas Austinskas, the president of the national road carriers' association Linava, told BNS on Thursday that Belarusian border guards had been thoroughly screening vehicles crossing the border with Lithuania for a couple of days.

On Friday evening, around 180 trucks were waiting to cross from Lithuania into Belarus, and some 30 were queueing on the other side of the border, Liubajevas sad.

"There's nothing special in that. We have such queues from time to time," he said.

Lukashenko said on Thursday that he was putting "half the army" on alert, closing Belarus' borders with the West and reinforcing its border with Ukraine.

Belarus has been gripped by unprecedented protests since the authoritarian leader claimed a landslide victory in the August 9 presidential election which the opposition and Western countries say was rigged.

The European Union has confirmed plans to impose sanctions on Belarusian officials responsible for violence against protesters. The US State Department has also said it is considering new targeted sanctions on Minsk and is consulting with the EU on the matter.

Lithuanian President Gitanas Nauseda is calling on the European Union to impose sanctions against...

The Lithuanian parliament adopted on Thursday a resolution calling on the international community to...

Finland has informed EU partners of its decision to resume border control and restrict arrivals...