aA
Lithuanian asset manager Aivaras Abromavičius was appointed Ukraine's economy minister late last year to help save the country from bankruptcy. Is he up for the job, asks Bloomberg columnist Leonid Bershidsky. 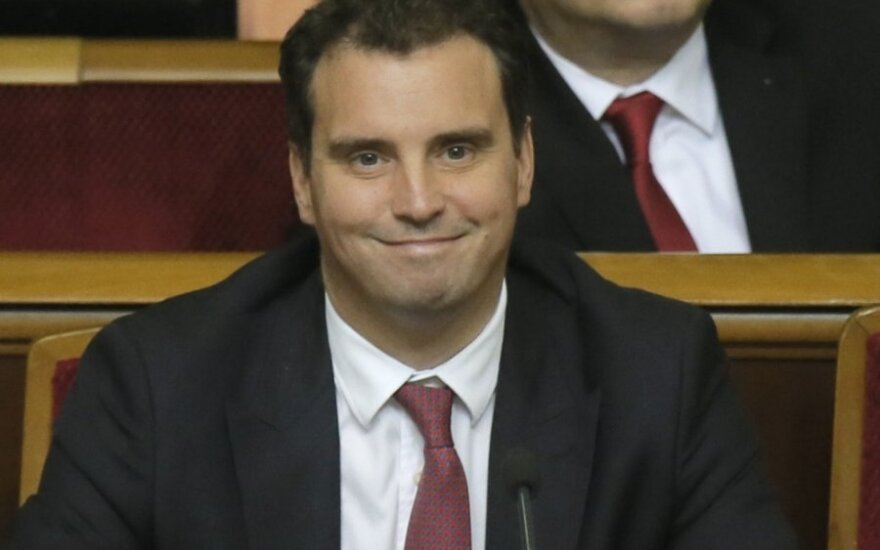 Ambromavičius "has managed money-losing funds for years, but he never presided over anything as hopeless as the Ukrainian economy. Still, the recently appointed economy minister is full of good cheer and certain he and his colleagues in the new cabinet can turn things around," according to Bloomberg.

Abromavičius is one of three foreigners in Ukraine's new cabinet, as the government is desperate to avert financial collapse.

"At the beginning of December, the nation's foreign reserves dropped below $10 billion. The country is eating through them at an alarming rate: November saw them drop by $2.6 billion, only slightly less than the $3 billion Ukraine hopes to get from the International Monetary Fund this month. If the hryvnia was not propped up by limits on hard currency trading, things would be even worse," Bloomberg summarizes.

Abromavičius, though a rather unlikely choice, was appointed by Ukraine's Prime Minister Arseniy Yatsenyuk to do it.

"Strictly speaking, Abromavičius should never have become a government official in Ukraine. The 38-year-old asset manager is Lithuanian by birth. He moved to Kiev six years ago after marrying a Ukrainian, the chief executive of an agricultural company in which a private equity fund run by Abromavičius's employer, the Swedish investment firm East Capital, took a stake. He only gave up his Lithuanian citizenship after accepting the ministerial post."

"I guess there was no one bigger than me in Kiev," Abromavičius tells Bloomberg when asked why a nation as big as Ukraine had to turn to outside help to get its finances in order.

Lithuanian businessman Aivaras Abromavičius is mentioned among candidates for a ministerial post in...