(1)
BNS
Russian historian and director of the Moscow-based Historical Memory Foundation Alexander Dyukov, a persona non grata in Lithuania, was on Thursday denied entry to the Baltic country and sent back to Moscow. 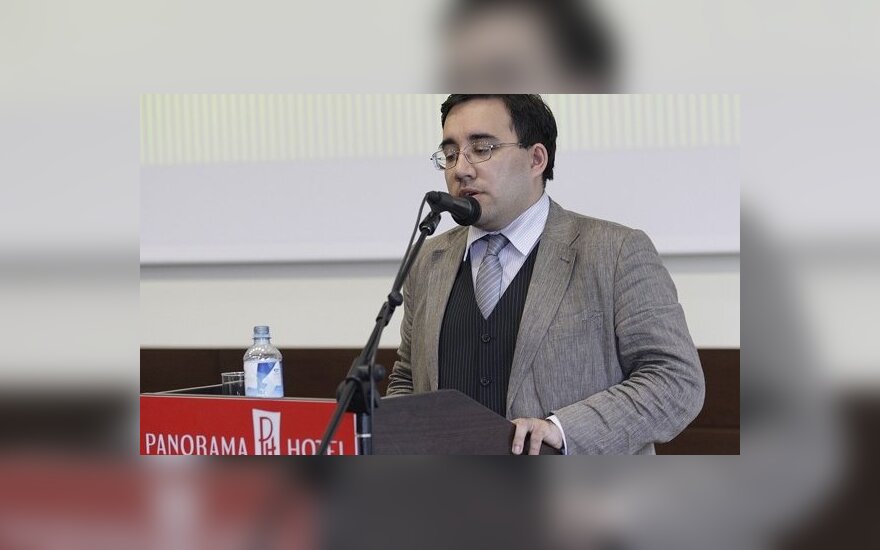 "The Russian citizen who was not allowed to enter Lithuania was sent back on a flight to Moscow on Thursday morning," Lithuania's State Border Guard said.

The fact that Dyukov was not allowed into Lithuania was first reported by Russian news website Rossiyskaya Gazeta on Wednesday.

According to the State Border Guard Service, it was discovered during the examination of documents of passengers from Moscow that Dyukov, 35, is a persona non grata in Lithuania since May. His passport contained a Schengen visa issued by Italy last year.

The Russian citizen was informed in writing about Lithuania's refusal to let him in. He spent the night in a special airport room for people not allowed into the country and was on Thursday morning escorted by border guards to a flight to Moscow.

All in all, Lithuanian border guards have not allowed 2,185 people to enter the country for various reasons.

According to Rossiyskaya Gazeta, Dyukov arrived in Vilnius to attend the presentation of his book translated into Lithuanian.

Minister of Foreign Affairs Linas Linkevičius later explained that Dyukov, who is viewed as Kremlin's ideologist, was not allowed to enter Lithuania due to propaganda he was spreading.

In case of Dyukov, the minister drew parallels with the threats of Vladimir Zhirinovsky, the leader of the Liberal Democratic Party of Russia, to "annihilate" the Baltics and Poland.

"By bans we only confirm the importance of a phenomenon or a politician. If one pays attention to them, then it means that they are important, that what they do is significant and that is exactly their aim. Here I can offer the same comment; that is the reason why we do not rush to impose those bans, and I think bans are not a cure-all in general in this case," said Linkevičius in an interview to the Žinių Radijas radio on Thursday, commenting on banning the Russian historian from entering the country.

Lithuania will not publish the list of Russian politicians and performers who will be affected by a...

Lithuania's Prime Minister Algirdas Butkevičius does not rule out that certain Russian performers may...