BNS
aA
The Lithuanian government does not expect Belarus to take retaliatory measures against Lithuania over the country trying to block the construction of a new Belarusian nuclear power plant at Astravyets, said Energy Minister Rokas Masiulis. 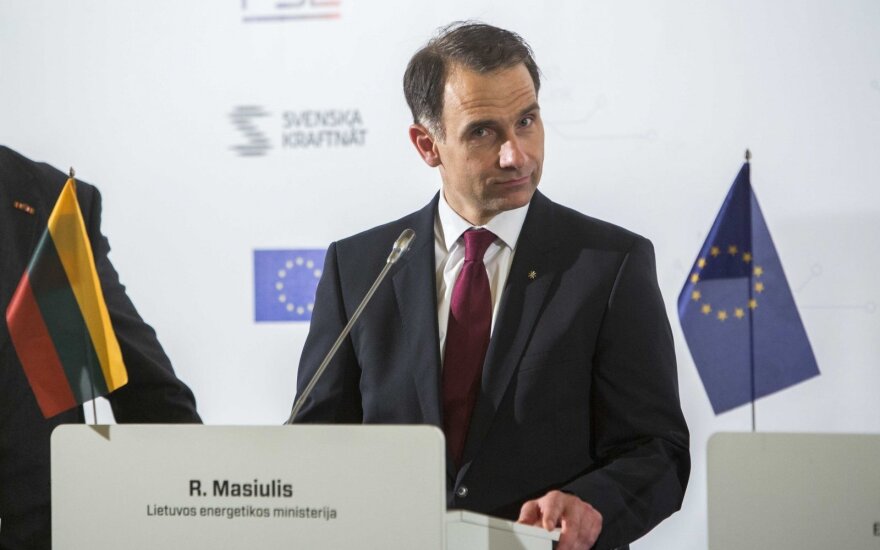 "To say that the Belarusians would take revenge against Lithuania in other areas, I do not think that is justified," said Masiulis in an interview with European Humanities University Media Centre in cooperation with BNS. He called for the plant to be moved to another location.

President of Belarus Alexander Lukashenko has in recent years said on different occasions that Belarus was considering reducing its cargo transit via Klaipėda, and transferring it to Russian ports.

The Lithuanian government has consistently said that Belarus is not complying with safety and environmental standards for constructing a nuclear power plant at Astravyets, a mere 50 kilometres from Lithuania’s capital, Vilnius. In the case of an accident at the plant, the city would be in plant’s evacuation zone.

Lithuania has been trying to convince neighbouring countries and the EU to block imported electricity from the plant entering the EU market.

Masiulis said that Lithuania was seeking to have the power plant moved to a different location, because if a nuclear accident occurred, Vilnius would be at its epicentre.

Lithuania’s energy minister said it is worrying seismic surveys have not been carried out at the site, even though in the past 150 years, there have been five earthquakes from 5 to 7 on the Richter scale in the area. Lithuania is also concerned about the fact that water used to cool the plant will be taken from the nearby Neris river.

Masiulis recently appealed to the Latvian, Estonian, Finnish and Polish governments to oppose the plant, calling on them "to send a clear signal that the EU will not be accept electricity which is produced in violation of international nuclear safety rules".

Lithuania’s opposition Conservatives argue that such measures are not sufficient to prevent the Astravyets project. They are proposing installing converters at the Belarusian border in order to prevent the flow of electricity from Belarus.

The nuclear power plant in Belarus is being built in collaboration with Russian nuclear power company Rosatom. Belarus has said the first unit of the plant could be operational by in 2018.

Minister of Energy Rokas Masiulis says that a broad political consensus is needed in Lithuania on...