BNS
aA
Belarus' Deputy Prime Minister Igor Petrishenko will represent his country in Friday's ceremony of reburial of the remains of the 1863-1864 uprising commanders and participants in Vilnius, Belarus' Foreign Ministry said on Monday. 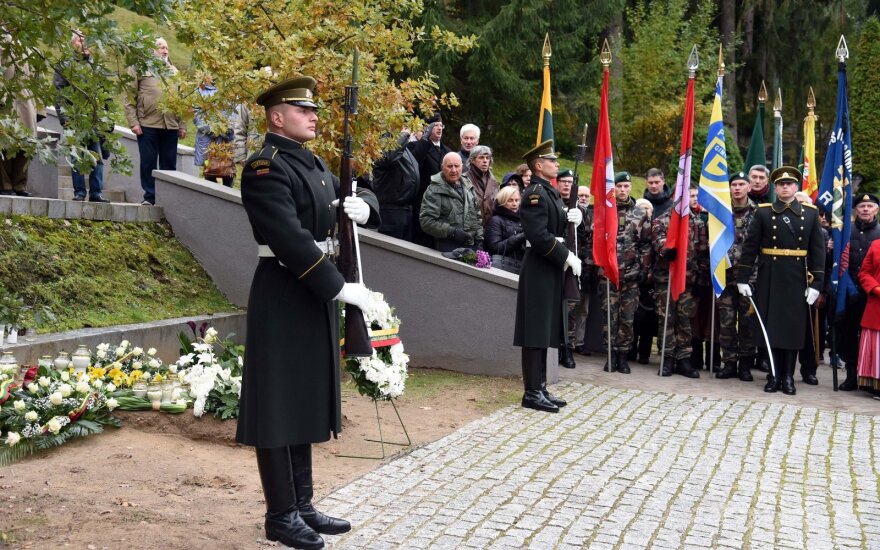 The state funeral ceremony will be attended, among others, by the Lithuanian and Polish presidents, and government officials from Latvia and Ukraine.

Twenty-one insurgents were executed in the Lithuanian capital's Lukiskes Square between 1863 and 1864 and were secretly buried on the hill, which was closed to the public at that time.

Their burial site was unearthed during the Gediminas Hill reinforcement works in 2017.

Archeologists managed to find the remains of 20 of the 21 executed insurgents, including those of their commanders – Zygmunt Sierakowski (known in Lithuania as Zigmantas Sierakauskas) and Konstanty Kalinowski (Konstantinas Kalinauskas).

The remains of the 20 insurgents will be reburied in the Old Rasos Cemetery following a Holy Mass at Vilnius Cathedral and a solemn procession along the Lithuanian capital's streets.

On the way to the cemetery, the procession will stop at the Gate of Dawn shrine where the bells of the surrounding churches will toll and prayers will be said in Lithuanian, Polish and Belarusian, and the insurgents will be honored by Lithuanian and Polish honor guards.

The procession is scheduled to reach the Chapel of the Old Rasos Cemetery, where the insurgents will be laid to rest, at around 3 p.m. Presidents Gitanas Nauseda of Lithuania and Andrzej Duda of Poland are expected to make speeches there.

The insurgents' names will be written in Lithuanian, Polish and Belarusian.