BNS EN
aA
The Polish decision not to buy electricity from the Astravyets nuclear power plant (NPP) under construction in Belarus shows that the market may be closed for the Belarusian electricity, says Lithuania's Prime Minister Saulius Skvernelis. 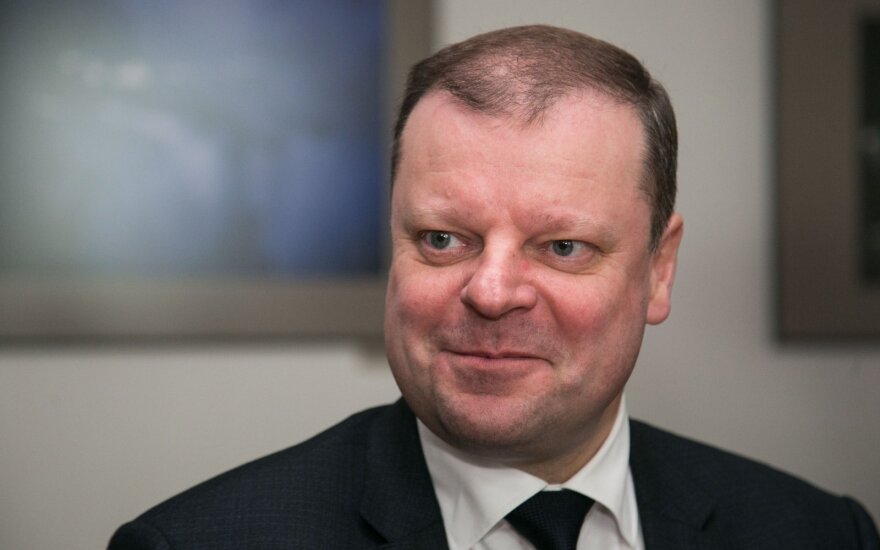 "The Polish decision is a very important signal, which may force to reconsider the perspectives of the project. This is exactly what I said during a meeting with (European Commission President) Jean-Claude Juncker at the European Commission and the European Council President Donald Tusk – the project is not just unsafe, it violates competition and also violates our national security interests of surviving as a state," Skvernelis told Vilnius journalists on Monday.

In his words, Warsaw sent a message to Minsk that the Astravyets electricity may have no market in the European Union.

"It is a very important signal to the other side that the market can indeed be closed, at least the European Union market," said the prime minister.

In his words, the Baltic states are currently searching for ways of technically ensuring that the Belarusian electricity does not enter the market, and this can be done faster than Lithuania, Latvia and Estonia disconnect from the Russian energy ring BRELL and synchronize with Western Europe.

"Probably we won't even have to wait for the synchronization, we will come up with a technical solution to keep the energy out," Skvernelis told journalists.

The Lithuanian position is supported by Estonia, favored by Germany and Sweden, said the prime minister, adding that discussions were still in progress in Latvia about potential electricity boycott.

"On the diplomatic front, it seems to me we have secured very clear positions in Estonia, there may be doubts on the Latvian side but they are in connection with the pragmatic operations. I think we managed to explain and prove what kind of problem it is, and the rhetoric in conversations with the German chancellor has changed, the same goes for Sweden," said Skvernelis.

At a meeting with the Lithuanian prime minister in February, Germany's Chancellor Angela Merkel pledged support to Lithuania's efforts to guarantee Astravyets safety, however, did not speak about boycotting energy from the power plant on the EU level. Vilnius aims to ensure its Baltic neighbors of Latvia and Estonia to block electricity imports from Belarus. Estonia supports the Lithuanian position, while Latvia is more reserved.

Belarusian President Alexander Lukashenko recently stated that the Lithuanian stance on Astravyets would not hinder successful implementation of the project.

In February, leaders of eight Lithuanian political parties represented in the parliament signed an agreement on closer coordination of blocking the Belarusian energy. The document expresses unified support to a law that would find the Astravyets utility unsafe and ban selling its electricity on the Lithuanian energy market.

Lithuania's Prime Minister Saulius Skvernelis is leaving for Sweden on Monday on a brief visit to...

In pursuit of preventing Astravyets, problems with Latvia

Minister of Energy to ask about Latvian stance on Astravyets

Amid the discussions in Lithuania on ways to halt the construction of the Astravyets Nuclear Power...

Lithuanian Energy Minister Žygimantas Vaičiūnas says that an agreement has been reached with...