BNS
aA
Belarus is once again asking for additional consultations over the facilitated crossing of the Lithuanian-Belarusian border, said Lithuanian Minister of Foreign Affairs Linas Linkevičius after meeting with Belarusian government representatives in Minsk. 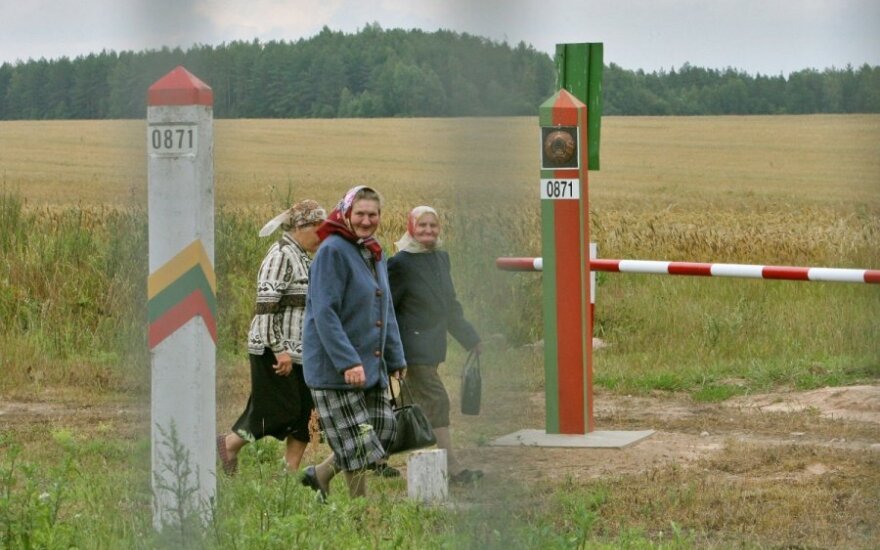 "There are still certain doubts on the Belarusian side. We really don't have to do anything else but Belarus once again asked for additional consultations. We will be able to hold them once again," the minister told BNS by phone from Belarus on Friday.

"We have patience but many years have passed and we are not moving in this direction. We once again said that we want to facilitate travelling for Belarusian citizens and we'll do whatever depends on us. But it also depends on the motivation and preparations of their side," the minister added.

Lithuania and Belarus signed an agreement on facilitated border-crossing in October, 2010 during Lithuanian President Dalia Grybauskaitė's visit in Minks. The agreement is ratified but to for it come into force, Belarus needs to send a diplomatic note on readiness to apply the new procedure.

Under the deal, border residents would be able to cross the mutual border without a visa and with special permits which would also allow them to stay in the other state’s territory for up to 90 days in six months. Belarus has, however, failed to implement the agreement.

Around 800,000 Lithuanian and 600,000 Belarusian citizens could be eligible for such permits. The border zone on the Lithuanian side would include Vilnius, Ignalina, Varėna, Druskininkai, while he Belarusian regions subject to the agreement would cover Grodno, Lida, Ashmyany.

According to Linkevičius, the number of Belarusian coming to Lithuania is growing, therefore, it was agreed that Belarus would send in more consular staff to step up visa issuance. Plans to establish Lithuanian visa centres in Belarusian regions were also discussed, Linkevičius said.

The Lithuanian foreign minister also said he raised the issue of political prisoners during his meetings with the Belarusian prime minister and foreign minister. The issue is one of the reasons why the EU has sanctions in place against Belarusian President Alexander Lukashenko's regime. The potential use of the Lithuanian western port of Klaipėda for handling Belarusian cargo was also touched upon.

According to the Lithuanian minister, despite existing differences, Lithuania also appreciates positive changes in Belarus, including the recent release of human rights activist Ales Belyatsky and the decision not to recognize Russia's occupation of Georgian and Ukrainian territories. Linkevičius believes further relations between the EU and Belarus might depend on the upcoming presidential elections in Belarus next year.

"Although our positions on and assessment of certain issues differ, we are constantly raising the issue of political prisoners but are also trying to look at the positive changes as well. Belyatsky's release was a step in that direction. Belarus did not recognize the annexation of South Ossetia, Abkhazia and Crimea. There are reasons to have a dialogue, there more so, they are our neighbors," Linkevičius said.

The Lithuanian minister also met with representatives of the civil society and opposition.

There are currently travel restrictions imposed by the EU and US against Lukashenko, who has ruled Belarus for two decades, as well as other top officials of his regime in response to human rights violations and the persecution of the opposition in Belarus.

On 24-25 July, the Minister of Foreign Affairs of Lithuania Linas Linkevičius visited Minsk, where he...