BNS EN
aA
Belarus could be the next country targeted by Russia's President Vladimir Putin after Ukraine, Russian opposition figure Gary Kasparov, former world chess champion currently residing in the US, has said at a Vilnius conference. 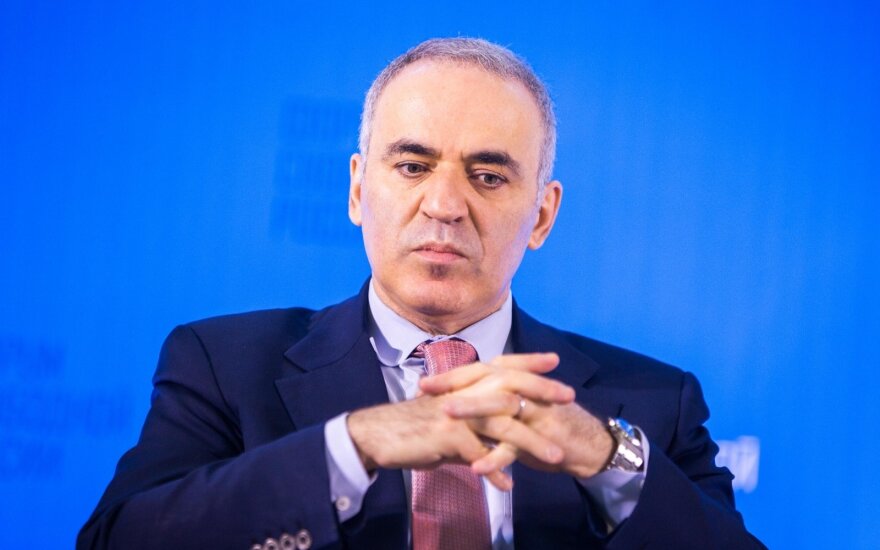 "He must appear as the winner at any cost. I believe Belarus could be his next target, as it can be achieved. It seems to me that the future may not be as optimistic after all," Kasparov said in his video address at the international conference on hybrid threats held in Lithuania on Friday.

In his words, Putin was forced to halt his invasion of Ukraine only due to unease inside Russia.

"Remember Ukraine – Putin had to halt his invasion not because he had any doubts or fears, he could have possibly conquer all of Ukraine with all of Russia's military power. However, even the limited confrontation in Eastern Ukraine claimed lives of soldiers returning from Ukraine, there were major efforts to conceal the numbers," said Kasparov.

The opposition activist noted that the Putin regime aims to minimize the number of legal consequences by way or military power.

"If we looked at the use of military power, Putin has always tried to use it in a way that it would create as few legal consequences as possible. This is why (former US president Barack) Obama could not do anything against him," he added.

In the fall of 2017, Russia and Belarus are holding massive Zapad 2017 training. About 4,000 train cars of of military equipment and weaponry should be brought to Belarus from Russia. During a recent visit in Vilnius, Belarusian opposition figures said that the Belarusian society feared that some of the equipment would not be removed from the country's territory after the exercise.

The Belarusian attitude towards the Astravyets Nuclear Power Plant (NPP) under construction in its...

US general calls on Russia for transparency during Zapad 2017 exercise

NATO would want to receive detailed information in advance from Russia and Belarus about Zapad...