Belarus and the "end of peace" in Europe

Eurasia Daily Monitor
aA
On 31 July, the international Contact Group, which aims to resolve the crisis in Ukraine, met in Zaslavl, Belarus. It was attended by former Ukrainian president Leonid Kuchma, Russia’s ambassador to Ukraine Mikhail Zurabov, some representative of the self-proclaimed Donetsk People’s Republic, and Adelheid Tagliavini, the representative of the Organization for Security and Cooperation in Europe (OSCE). 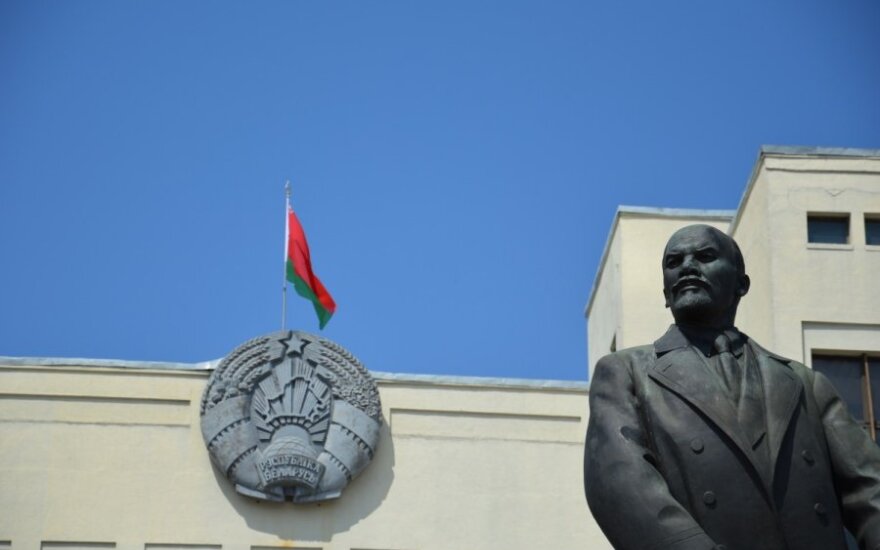 Although the talks did not stop the war, the choice of Belarus as the venue is noteworthy, as is the fact that this choice was made by President Petro Poroshenko of Ukraine who, on 29 July, telephoned his Belarusian counterpart.

Kirill Koktysh, a professor at the Moscow State Institute for Foreign Relations and a native of Belarus, believes that his country increased its international stature as a result of hosting the latest Contact Group meeting. He further argues that European and US negotiators may join the Group in the foreseeable future. Arseny Sivitsky, who chairs the Minsk-based Center for Strategic and Foreign Policy Research, suggests that the effective peacekeeper status of Belarus will promote the normalization of its relations with the West.

Two other moves by Belarus may also facilitate that outcome. First, on 20 July, Belarus and Ukraine signed a border demarcation accord, which had not happened during the previous 23 years after the dissolution of the Soviet Union. Second, the beginning of what some observers had labeled a “Belarus-Ukraine trade war” was promptly settled. The conflict began when, on 1 May, Belarus introduced so-called licensing requirements regarding beer imported from Ukraine. On 1 June, Minsk escalated these restrictions by placing similar requirements on Ukrainian pasta products, cheese and candy. On 16 July, Ukraine retaliated by imposing its own import restrictions. However, already on 30 July, Belarus decided to back down.

This denouement is all the more important in view of Russia’s retaliation to Europe’s economic sanctions. By banning some agricultural exports from the European Union, Russia, objectively speaking, promoted food imports from other countries, including Belarus. Even before the sanctions war between Russia and the West, Belarus’s food exports were worth $5.8 billion (in 2013), and 80 percent of that sum was exported to Russia. Already, Belarus’s Deputy Minister of Agriculture Leonid Marinich called Russia’s food import restrictions a boon for Belarus. Most probably, Belarus will be able to expand exports of meat, dairy products, and potatoes to its large eastern neighbor. Mikhail Kovalev, the dean of the School of Economics at Belarusian State University, believes that Belarus will also be able to replace chicken exports from the United States to Russia.

As for Polish apples, now banned from Russia (along with many other agricultural products), some authors do not exclude their continuing inflow into Russia under faked Belarusian labels. A potential negative side effect of the sanctions war may become the growth of food acquisition forays into Belarus by thousands of Russians from neighboring regions. Such trips have been undertaken for quite some time as retail food prices in Belarus are lower than in Russia. But the expansion of these trips may lead to shortages of some foods in Belarusian grocery stores.

On the whole, however, Belarus expects more positives than negatives from its growing food exports to Russia. Most importantly, they will help alleviate the country’s overall downward export trend. During the first five months of 2014, exports from Belarus were 17 percent lower than during the same period of 2013. The largest decrease befell exports of cars, TV sets, refrigerators, ceramic tiles and some textiles. According to Alexander Sinkevich, a pro-government economist and a business owner, the factors contributing to the reduction of exports are the overpriced Belarusian ruble, the decline in Russians’ and Ukrainians’ buying power, and heightened production costs in Belarus, in part conditioned by expensive bank credit.

As for Belarus’s rapprochement with the West, it continues—however slowly. Some analysts point out that comparing the recent visit to Minsk by Lithuanian Foreign Minister Linas Linkevičius with the 2010 pre-election joint visit by his counterparts from Germany and Poland (then Guido Westerwelle and Radek Sikorski, respectively) is not reasonable. But this objection only suggests that the comparison in question is tempting. Note that in 2010, Westerwelle and Sikorski offered a significant aid package to Minsk in exchange for more democratic (than previously) presidential elections. According to Andrei Yeliseyev, an analyst from the Belarusian Institute for Strategic Studies, the European Union is satisfied with Belarus’s current stance in regard to the conflict in Ukraine, especially considering the degree of Belarus’s dependency on Russia.

The above-cited economist Sinkevich believes that Belarus’s stance vis-à-vis the war in Ukraine is the “most balanced and most decent” in all of Eastern Europe. He also claims that Belarus is the only country in that region that chose a path of development based on its own national interests, not on external guidance. This is why Belarus retained its industry; so now, against the backdrop of Russia’s self-isolation, Belarus is effectively the key vehicle to re-industrializing the “northern continental space.” Unlike other East European countries, notably Ukraine, Belarus has never neglected the needs of its army, which is the most battle-worthy military force in East Europe outside Russia. And unlike Ukraine, Belarus did not neglect state-building either. According to Sinkevich, these are the principal marks of the country’s sovereign decision-making and of its consistency—even if it has not had similar successes in raising personal incomes. But even in that area, Belarus’s achievements actually appear decent, particularly if one switches from average to median household GDP as the Gallup Institute proposed in its December 2013 publication. According to this metric, Belarus is ahead of Croatia, Estonia, Cyprus, Lithuania, Poland, Russia and Ukraine, and is only slightly behind Slovakia and Portugal.

Indeed, by most appearances, at the time when “peace is coming to an end”, the commonly held negative views of Belarus’s development path, which it selected in the mid-1990s, may require re-assessment.

The geopolitical perspective that Belarus is being squeezed between Russia and the European Union...

Belarus will host the latest round of talks between Ukraine and Russia in Minsk on 1 August as...