BNS
aA
Sarunas Marciulionis, a former Lithuanian basketball star who ran in the European Parliament election on the Farmers and Greens' list, refuses the seat he won. 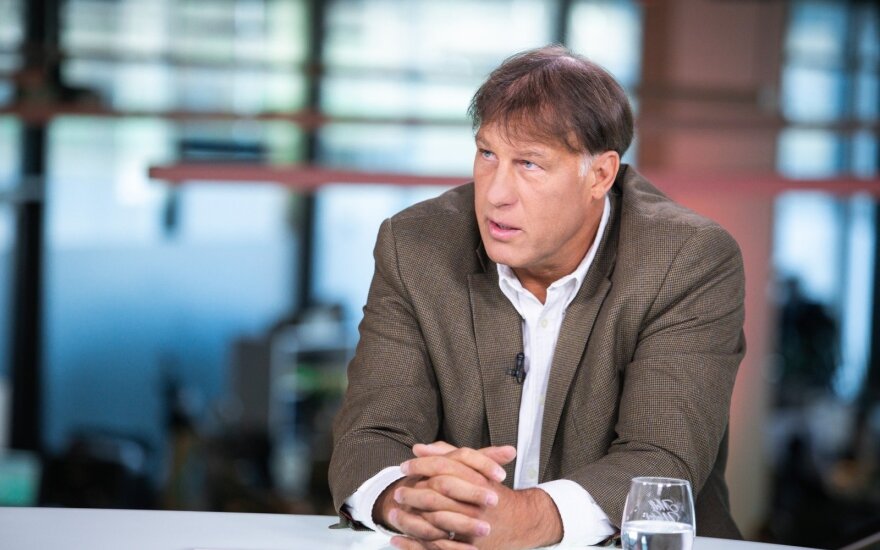 Ramunas Karbauskis, chairman of the Lithuanian Farmers and Greens Union (LFGU), confirmed this to journalists on Tuesday.

Marciulionis' decision clears the way for Stasys Jakeliunas, the next candidate on its party list, into the European Parliament.

The former basketball player was at number two on the party's candidate list, which was led by Bronis Rope, who stood for re-election. The top two candidates retained their spots.

Jakeliunas, who was at number eight but voters promoted him to third position, says this means that voters appreciated his work as chairman of the Lithuanian parliament's Committee on Budget and Finance.

"If I make the decision (to work in the EP) – I'm not saying I'm making it today, but I'll consider it seriously – then I'll continue that work in Europe," the lawmaker told journalists on Tuesday.

"I need to discuss it with my family and with the heads of the government and the parliamentary group. Investigations are ongoing and we need to discuss possibilities for completing them," he added.

In a statement issued on Tuesday morning, the LFGU says Marciulionis wants to devote more time to projects in Lithuania involving young people and athletes who have ended their professional sports careers.

"Projects that were launched during the election campaign together with the LFGU team, involving the youth and retired athletes, are gaining momentum and have met with great interest from sports federations," the former basketball player was quoted as saying in the statement.

The European Parliament needs more experienced politicians as the results of European elections indicate that MEPs will have to focus on preserving the EU's values ​​and unity, he said, adding that he will be "of more use" to his country.