DELFI EN
aA
US President Barack Obama is visiting Estonia and attending a NATO summit in Wales this week. While in Europe, he is to send a strong message to Russian President Vladimir Putin, warning him against incursions into Ukraine laying his hands on the Baltic States. 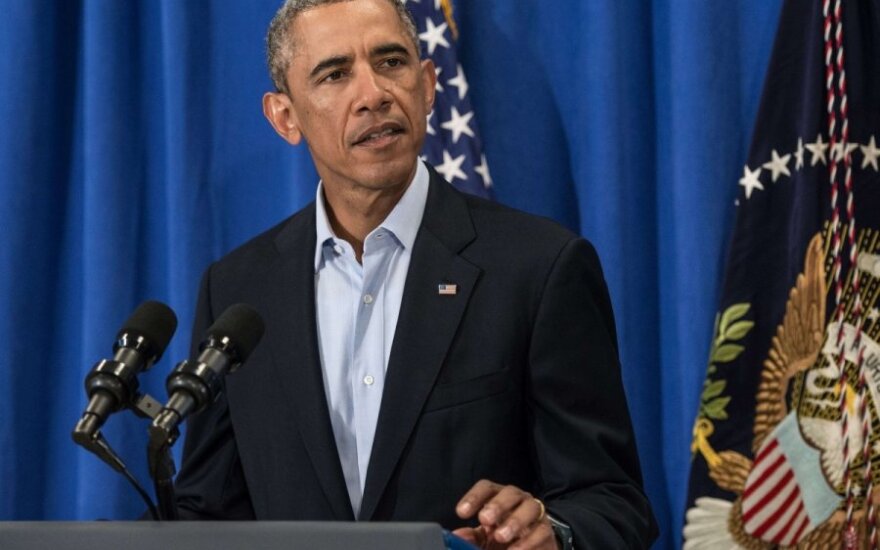 A fresh move into eastern Ukraine by Russian forces in support of separatist fighters is rattling Eastern Europe, and Obama will reassure NATO's Baltic members Estonia, Latvia and Lithuania that the alliance will stand with them, should Moscow turn its attention to them.

It will be the second visit ever to Estonia by an American president, following George W. Bush's 2006 stop there. Obama will meet all three Baltic leaders together and give a speech on Wednesday.

The White House said Obama will stress that the alliance's Article Five commitment to the common defence of each member is an ironclad guarantee.

"Russia, don't even think about messing around in Estonia or in any of the Baltic areas in the same way that you have been messing around in Ukraine," Charles Kupchan, the senior White House director for European affairs, said on Friday in laying out Obama's mission.

The NATO summit will put Obama in the same room with many European leaders who have joined with him in imposing economic sanctions on Moscow for its move into Ukraine and he has said Washington is considering stiffening those sanctions.

A focus of the summit will be to shift attention of the alliance toward the east as a bulwark against any Russian expansionism in Eastern Europe.

Ukraine has asked for NATO for membership, but there is no consensus within NATO for enlarging the alliance.

About 150 signatories from Lithuania, Latvia and Estonia have asked US President Barack Obama to...

President Grybauskaitė: NATO Summit in Wales is an event of vital importance

In an interview with LRT radio the President Dalia Grybauskaitė says that the meeting of the...

Three hundred members from the Estonian Defence Forces and Defence League will be providing...

Obama pledges to reaffirm defence commitments in Estonia next week

US President Barack Obama says he will restate a firm commitment to defend NATO allies during a...