Bank of Lithuania governor sees no basis for resignation

BNS
aA
The Bank of Lithuania's board chairman Vitas Vasiliauskas has no plans to resign amid a parliamentary initiative to voice no-confidence in the central banker and calls for him to step down. 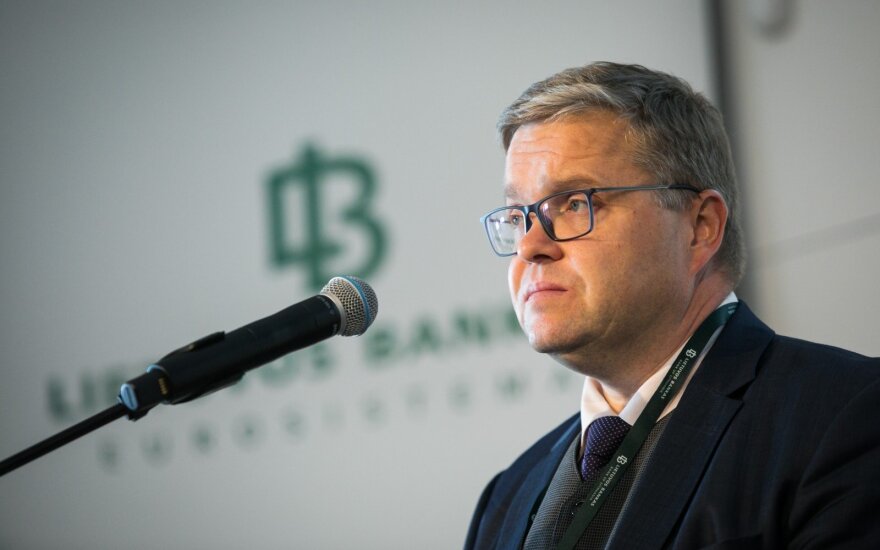 "Throughout my whole professional career in both the public and private sector, I have never evaded responsibility, which is proved by facts, actions and work. The grounds for no-confidence are part of the legal, not political, area. And it's very clearly defined in both national and EU law. Therefore, it would be good if the critics identified specific legal grounds to voice no-confidence, if such exist. I see no basis for resignation," Vasiliauskas said in a statement.

Stasys Jakeliunas, chairman of the parliamentary Committee on Budget and Finance, representing the ruling Lithuanian Farmers and Greens Union, has drafted a resolution voicing no-confidence in the central banker and suggesting that he resign as he allegedly damaged the Seimas' reputation and discredited the Bank of Lithuania as the key financial supervision institution in Lithuania.

If he refuses to resign, President Dalia Grybauskaite will be asked to launch his dismissal proceedings. BNS Lithuania could not receive the president's comment as she's attending a European Council meeting in Romania.

Jakeliunas told BNS Lithuania the parliament will discuss the resolution on Tuesday. In his words, it's been signed by over 40 MPs.

The opposition says the attack against Vasiliauskas is part of the ongoing election battle and a conflict of interests.

Jakeliunas, chairing the parliamentary Committee on Budget and Finance, looking into the causes and consequences of the decade-old crisis, said earlier the central bank had refused to cooperate with crisis investigators and provided incomplete and non-objective information, and part of information was disguised, thus, misleading the committee carrying out a parliamentary investigation.

Vasiliuskas categorically denies that and says the whole information has been provided to institutions. He also called the accusations personalities. Vasiliauskas said earlier that Jakeliunas tried to join the Bank of Lithuania in 2013 and that he used the story of the bankrupt bank Snoras.

Both Jakeliunas and Vasiliauskas have also shared their personal messages, with Jakeliunas stating that the central banker's statements are inappropriate to any state official.

Vasiliauskas has been heading Lithuania's central bank since April, 2011, holding a second term. The central banker is appointed by the Seimas for five years upon the president's nomination. The head of state can also suggest that the parliament voice no-confidence in the central banker.]

The Lithuanian Seimas' Committee on Budget and Finance , investigating the circumstances of the...