(1)
Elta EN
The euro has done much good to Latvia during this time of uncertainty, the Bank of Latvia President Ilmars Rimsevics said in an interview with LETA. 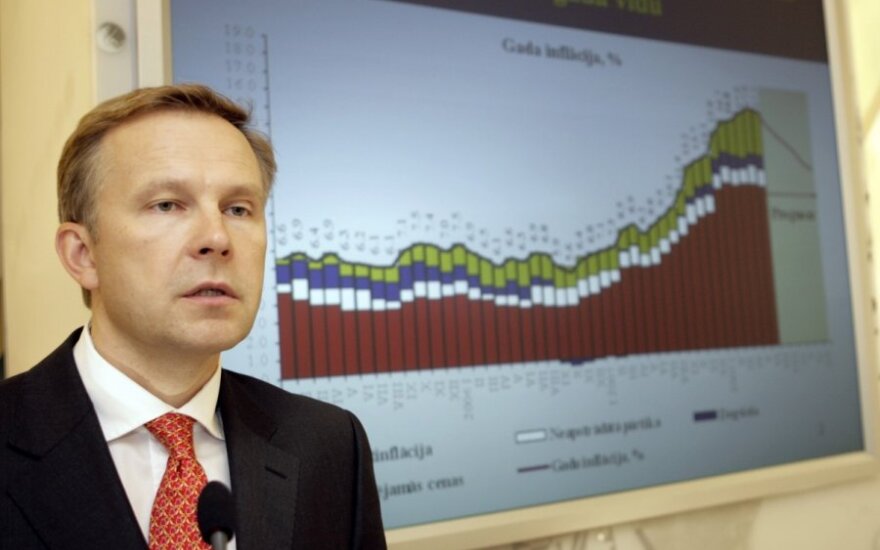 He said that while the Eastern and Western economies were going through a period of downturn, Latvia was still one of the fastest growing economies in the euro zone. The euro has raised Latvia's credit ratings, allowing the country to save up to EUR 70-80 million a year in interest payments. This means extra funds in the budget that can be spent domestically, Rimsevics stressed.

Related articles
Latvia's one year in the euro zone: no upsurge of investment

He explained that the investment flow was hindered by two factors - the worrying situation in the region and the uncertainty regarding the future development of Latvia's economy.

If Latvia still had its national currency during the geopolitical crisis in Ukraine, uncertainty and would have exerted a much larger pressure on the lat, said Rimsevics. "It is possible that fluctuations within the currency exchange corridor would have been rather serious. People would have started spreading rumours about Latvia's economy being hurt, advising against investing in Latvia. There are no grounds for such rumours now, people cannot be fooled any more," Rimsevics said.

Latvia's one year in the euro zone: no upsurge of investment

January 1, 2014, will mark one year since Latvia replaced its national currency, the lats, with the...