BNS EN
aA
Lithuania's Agriculture Minister Virginija Baltraitienė and former chief veterinary officer Jonas Milius did not confuse their public and private interests during the dinner and hunting activity in the Panevėžys district past summer with a delegation of the Latvian Agriculture Ministry and Lithuanian businessmen Pranas Dailidė and Virginijus Kantauskas, the Chief Official Ethics Commission found on Wednesday. 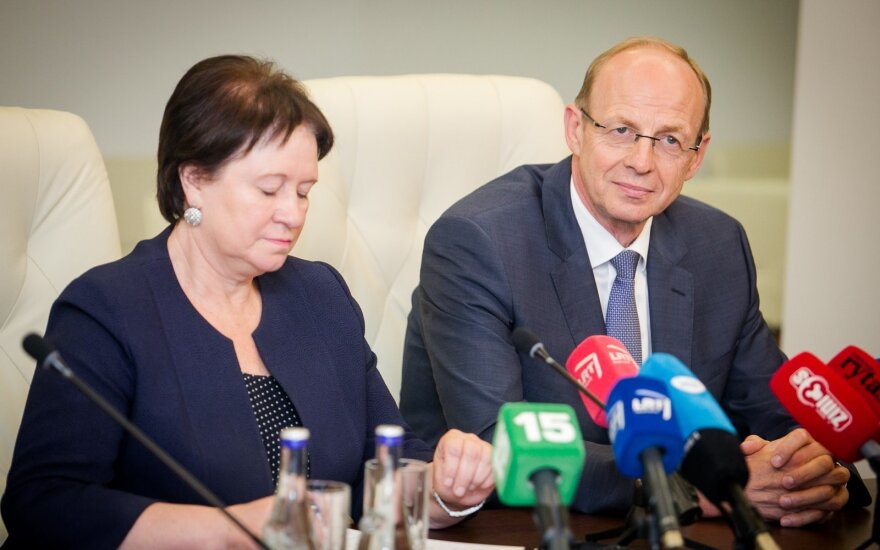 "Agriculture Minister Baltraitiene and former director of the State Food and Veterinary Service Jonas Milius did not violate the Law on Public and Private Interests in Public Service during the informal meeting in the Panevezys district on July 27," Eglė Ivanauskaitė, spokeswoman for the commission, told BNS.

Circumstances of the hunt came in question after Baltraitienė provided a few versions about who organized the activity. She has said that the hunt had been organized by Milius but later changed her position that the organizers included businessman Dailidė, CEO of Dojus Agro, and Valdemaras Kontautas, the head of the Panevėžys State Food and Veterinary Service.

Among participants of the activity in the Panevėžys district, northern Lithuania, were Baltraitienė, her spouse and son, Milius, Dailidė, Kantauskas and a delegation of the Latvian Agriculture Ministry including the minister and the chief veterinary officer.

The circumstances surrounding invitation of the businessmen to the evening were also unclear. Baltraitienė initially said they had been invited by Latvia's Agriculture Minister Janis Duklavs who categorically denied this. Milius later said the businessmen joined in after one of them helped organize the activities.

Meanwhile, the Lithuanian State Food and Veterinary Service is checking the rest of the company's products for the bacteria.

The Lithuanian Cabinet on Wednesday decided to sack Jonas Milius , the head of the State Food and...

The Lithuanian government is planning to dismiss Jonas Milius , director of the State Food and...

The Vilnius Regional Administrative Court decided on Thursday to ask for the Constitutional Court's...

The dismissal of Jonas Milius from the post of Lithuania's chief veterinary officer was in line with...

Vilnius Regional Administrative Court on Wednesday rejected an appeal of the State Food and...