BNS
aA
The reaction of the Baltic states on re-election of Vladimir Putin as Russia's president has split – Estonia's president sent a congratulatory message to Moscow, while Lithuania's leader decided to refrain. 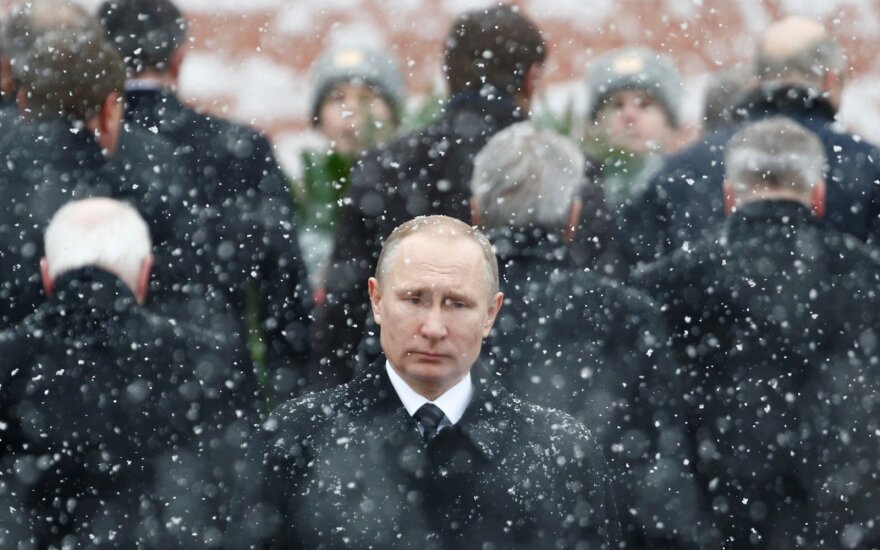 "Until Russia demonstrates no respect to principles of international law and undermines rights and interests of other countries, we will refrain from congratulatory messages," the Lithuanian president's press service told BNS on Tuesday.

In her message, Estonia's President Kersti Kaljulaid expressed an expectation of good neighborhood.

"I congratulate you on your re-election as the President of the Russian Federation. I wish Russia and all its people well-being and prosperity. I look forward to developing good neighborly relations between our countries," she said.

Latvia's president did not publish a congratulatory letter, his press service did not provide any comment on the motives of the decision and did not respond to BNS whether a message would be sent in the future.

Great Britain and Poland refrained from such messages.

On Sunday, Putin was re-elected by vast majority for yet another six-year term in office. His only major competitor, opposition leader Alexey Navalny, was banned from running in the polls.

The European Union said that the violations in the Russian presidential elections ran counter to international standards.