BNS
aA
The Baltic foreign ministers voiced their concern over possible trade wars during their joint meeting with US Secretary of State Rex Tillerson on Monday. 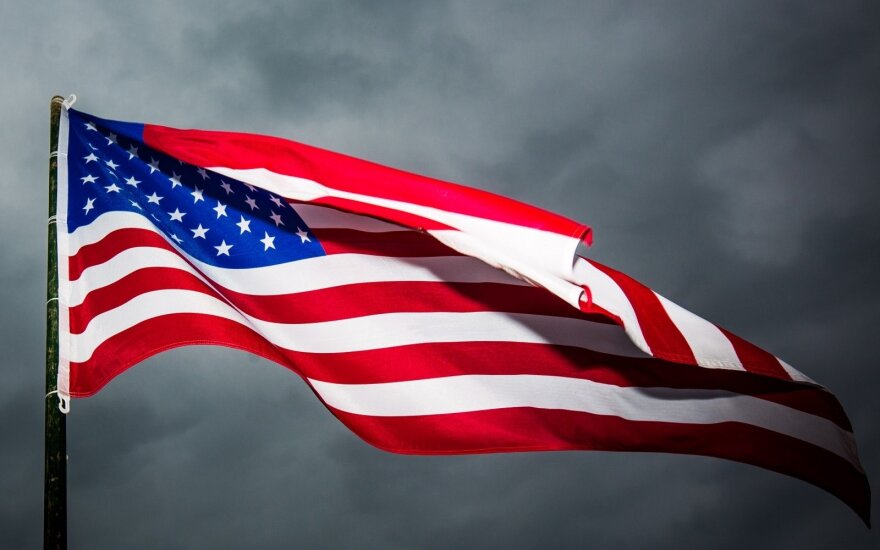 "We stated our common position that economic wars, trade wars are not what we expect. We expect that it would be possible to bring positions closer together," Lithuanian Foreign Minister Linas Linkevičius told BNS by telephone from Washington last night.

US President Donald Trump said last last week that he would set import tariffs of 25 percent on steel and of 10 percent on aluminum. The European Union said shortly afterwards that it would impose duties on US imports and China warned that it would not "sit idly by" if its interests were hurt.

Linkevičius said that Europe was considering how to respond to Trump's plans for new import tariffs. In his words, the Baltic ministers told their US counterpart that they "do not want confrontation in this area".

Based on preliminary assessments, Lithuania "is not among the countries that would be the most affected" by new US import tariffs, Linkevičius said.

Economists say that the measures will have only a minor direct impact on the Lithuanian economy, but businesses may lose some of their orders in EU countries with more active trade links with the US.

Linkevičius said that he voiced his expectations for a more active US military presence in the region during the meeting with Tillerson in Washington.

After Russia annexed Ukraine's region of Crimea in 2014, the US immediately sent several hundreds of troops to each Baltic country. The American companies were withdrawn following the deployment of NATO's multinational battalions in Lithuania, Latvia and Estonia and US troops now come for training from neighboring Poland.

"We underlined that we are very grateful for what is happening, but we would like to see a permanent presence -- either in the form of training or visits or exercises," the Lithuanian minister said.

Linkevičius also said that he had presented a Lithuania-proposed plan for EU financial aid for Ukraine, dubbed as the "Marshall plan", to Tillerson.

The need for coordinating US and EU sanctions on Russia was also discussed during the meeting, he said.

Eastern European countries were worried by Trump' presidential election campaign promise to improve relations with Russia and his statements that NATO was "obsolete". Lithuanian officials are watching with concern the US president's rows with America's allies in Europe and his often unpredictable behavior.

An opinion poll showed last month that two-thirds of Lithuanians did not trust Trump to make the right decisions on key political issues.

However, diplomats and Trump's supporters underline that he softened his rhetoric about NATO after becoming US president and that officials in his administration are paying great attention to the Baltic countries.

Trump will welcome the three Baltic presidents in the White House on Apr. 3 to discuss preparations for NATO's July summit, where the Baltic countries expect progress on beefing up air defense and military capabilities in the Baltic Sea.

Baltic foreign ministers to meet US secretary of state

The foreign ministers of the three Baltic states will meet with United States Secretary of State Rex...

The foreign ministers of Lithuania, Latvia and Estonia will meet with United States Secretary of State...

Trump to meet with Baltic presidents in White House on Apr. 3

US President Donald Trump is to meet with the presidents of Lithuania, Latvia and Estonia in the...

Two-thirds of Lithuanians have no confidence in US President Donald Trump , an opinion poll showed on...