BNS EN
aA
The Lithuanian, Latvian and Estonian foreign ministers are to meet with US Secretary of State Rex Tillerson in Washington next week. 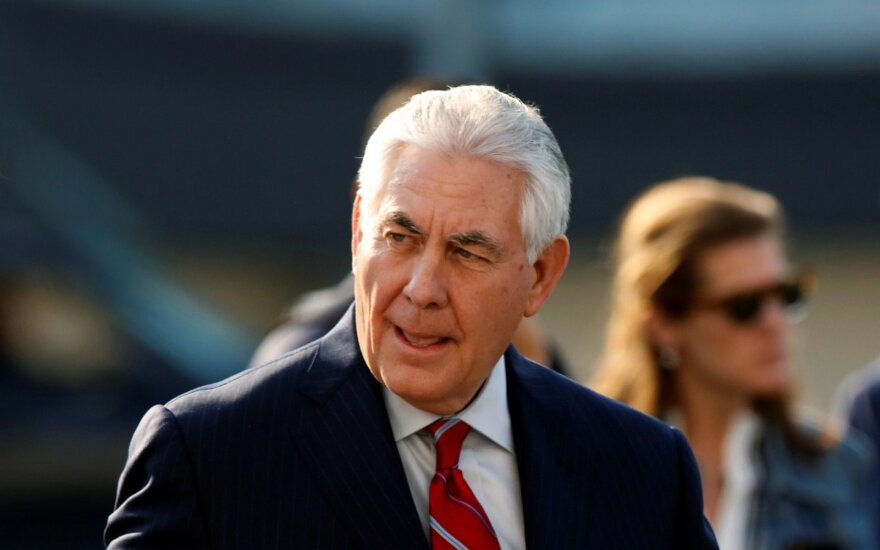 "A meeting between the foreign ministers of the three Baltic states and US Secretary of State Tillerson is planned," Rasa Jakilaitienė, the Lithuanian foreign minister's spokeswoman, told BNS on Monday.

The ministers on March 28 will discuss the fight against regional and global threats, the strengthening of NATO and transatlantic cooperation, and energy security issues, the spokeswoman said.

The officials will also speak about the Baltic countries' commitments to enhance their national defence capabilities, she added.

Lithuanian Foreign Minister Linas Linkevičius is leaving for the US on Tuesday. As part of the visit, he will meet with representatives of non-governmental think- tanks and will take part in local Lithuanian communities' events.

Linkevičius met with lower-ranking officials of the new US administration during his recent visit to America in late February. The minister said after the visit that Lithuania sought a permanent presence of US troops on its territory and air defence guarantees.

Some European officials worry that US President Donald Trump, who took office several years ago, may reduce America's commitments to European defence.

The US has deployed a brigade of around 4,000 troops in Poland, of whom about 150 are currently stationed in Lithuania on a rotational basis.

Washington sees Lithuania's efforts of boosting its own and regional security, US Secretary of State...

The presence of US troops in the region is already virtually permanent, General Curtis M....