BNS
aA
Vytautas Bakas, chairman of the Lithuanian parliament's Committee on National Security and Defense (NSGK), is skeptical about the ruling party leader's proposal to launch another parliamentary investigation into unlawful influence on political processes. 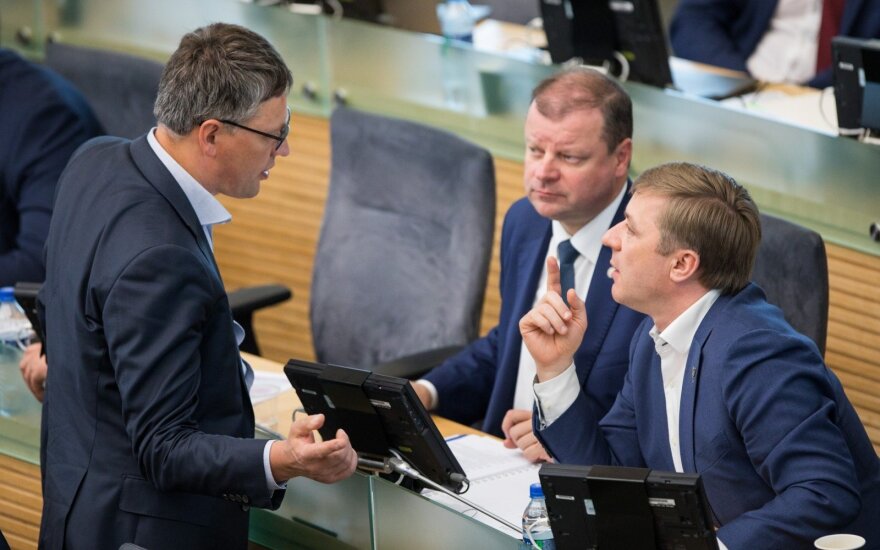 Bakas says that the proposed investigation would duplicate the work done by the NSGK and may put at risk its initiatives aimed at making political processes more transparent.

The lawmaker some time ago threatened to leave the ruling Lithuanian Farmers and Greens Union's political group in the Seimas if it launched a new parliamentary investigation.

He was more cautious on Thursday, saying that he would do so if he saw attempts to politicize the investigation and manipulate information from security bodies.

"I'm sticking to my position. I've read the questions. They will investigate the same things as the NSGK," Bakas told BNS.

"My greatest concern is that the new investigation may sink the initiatives on civilian property confiscation, political parties' funding and a review of lobbying activities," he said.

The committee's chairman added, however, that LVŽS Chairman Ramūnas Karbauskis has assured him that the decisions proposed following the NSGK investigation would be implemented.

Karbauskis registered on Thursday a draft Seimas resolution that calls for a new parliamentary investigation into unlawful influence on political processes during the tenure of two previous governments.

The LVŽS leader proposes to investigate the period between 2008 and 2016, with May 2019 to be set as a deadline for completing the probe.

His initiative was backed by 58 LVŽS lawmakers, as well as some members of the Order and Justice political group in the Seimas and some lawmakers of the Electoral Action of Poles in Lithuania–Christian Families Alliance (LLRA-KŠS).

Artūras Skardžius was the only member of the LVŽS's coalition partner Lithuanian Social Democratic Labor Party (LSDDP) to put his signature on the draft resolution.

The ruling Lithuanian Farmers and Greens Union 's (LVŽS) political group in the Seimas has decided...