LT Daily, Media Briefing
aA
With the Central Electoral Commission (VRK) requesting to cancel an interview with PM Algirdas Butkevičius in the LRT news show Laba Diena, Lietuva (Good day, Lithuania), citing a ban on politicians participating in Seimas elections from appearing on live television shows, there has been a backlash from a number of prominent media figures such as Edmundas Jakilaitis, Rimvydas Valatka and Aistė Žilinskienė. 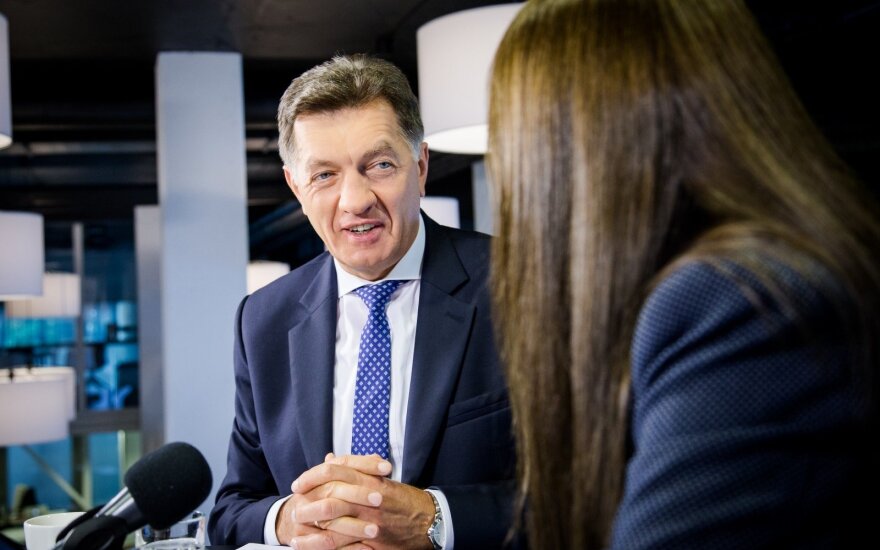 “I have no plans of doing so. Or else I would need to cancel the show. No other options exist, either closing down the show or ignore this nonsense because it goes against everything. Will the government now have time off when it cannot be criticised, invited to talk and information shows, where they would be provided with the conditions to explain themselves or excuse themselves? I don’t really understand,” the host of the LRT show Dėmesio Centre (At the Centre of Attention), Edmundas Jakilaitis pointed out, noting that under such conditions politicians are nigh on granted immunity from public scrutiny.

Political commentator and journalist Rimvydas Valatka was fairly snide in his reflection on these recent events: “Not only the VRK, but also the members of many such commissions, who, as philosophers would say, have come to feel as if their own entity are becoming a threat to the state. Imagine a war or a tornado blowing through Lithuania – couldn’t the Prime Minister go state what sort of assistance will be provided to the citizens and what sort won’t. Overall the PM is, no matter what we may thing of him, is fit and still performs his duties and will continue to do so for another two months,” commented Valatka, going as far as comparing the situation to a descent into dictatorship, with the members of the VRK blatantly flaunting their powers.

The head of the Internet News Media Association Aistė Žilinskienė was less colourful in her response, albeit still highly critical, pointing out the apparent incompetence in the VRK’s handling of the event, related to a lack of communication specialists. She cited the case as being a matter of faulty interpretation, with the PM being invited not as a Seimas candidate, but the Prime Minister. With the politician not being in control of the content of the show and the journalist simply being in place to pose questions of interest for society, this would not be a form of political campaigning, meaning that the ruling was likely incorrect. Of course if Butkevičius requested to be hosted at the show the matter would be very different, but that is not the case here.

16 parties to run for seats in Lithuanian parliament

Sixteen political parties have submitted all the necessary documents to the Central Electoral...