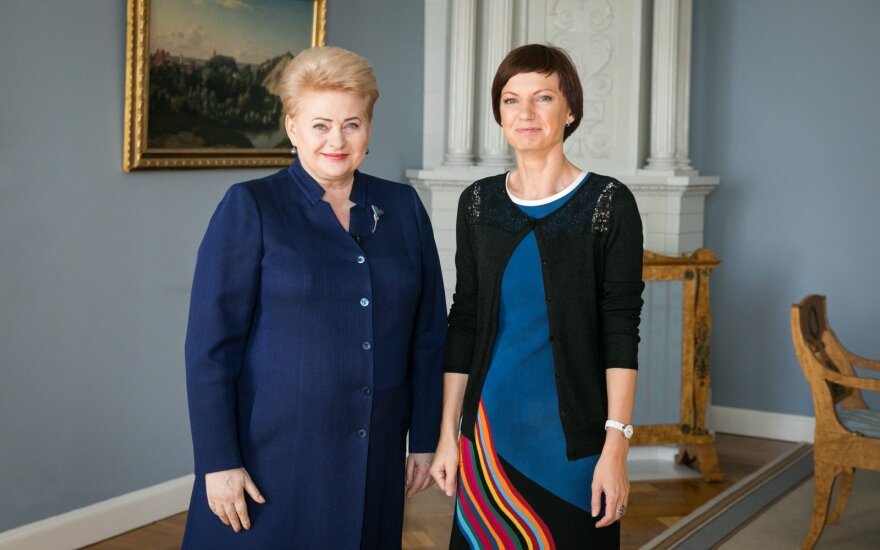 "An attempt on the independence of the national broadcaster and attempts to politicize its activity pose threat to the freedom of speech and democracy as well as Lithuania's international image," the president told BNS Lithuania via her press service.

Her statement came in response to the findings of an ad-hoc parliamentary investigation commission that scrutinized LRT activities, put before parliament on Thursday.

The commission proposes changing the LRT management structure to make it more similar to that of state-owned enterprises. The findings call, among other things, for setting up a new management body, the board.

LRT's management fear such changes would pose threat to LRT's independence. Therefore, its Director General Monika Garbačiauskaitė-Budrienė on Thursday turned to the head of the European Broadcasting Union (EBU), saying that the Lithuanian public broadcaster's independence is under threat.

Related articles
Concerned about its independence, Lithuanian public broadcaster turns to EBU
Indrė Makaraitytė. Covered by a noble mission – the majority’s lies and desire to control

She said LRT is seriously worried about the wish of the ruling parties to make changes to the Law on LRT reducing the LRT Council powers and functions, to shorten the Council members' term of office from 6 years to 5 years, and change their appointment procedure.

The findings also propose changing in part the procedure of appointment of council members, linking it with the terms of appointing institutions. President would appoint four council members not all at once but every 15 months to ensure that president appoints all of their delegated council members over the period of their term.

Moreover, the findings also include a proposal to gradually shift to a model where the Seimas would also appoint its delegated council members not all at once but over the period of its term.

The Seimas established the ad hoc commission in late December 2017 to scrutinize the public broadcaster's public procurement processes and contracts and to analyze its management structure.

The commission's conclusions will be put to a vote before the full Seimas, which would have to amend laws to implement the proposed changes.

While the investigation was still ongoing, Garbačiauskaitė-Budrienė was last March elected as LRT director general, replacing Audrius Siaurusevičius, whose second term in office had ended.