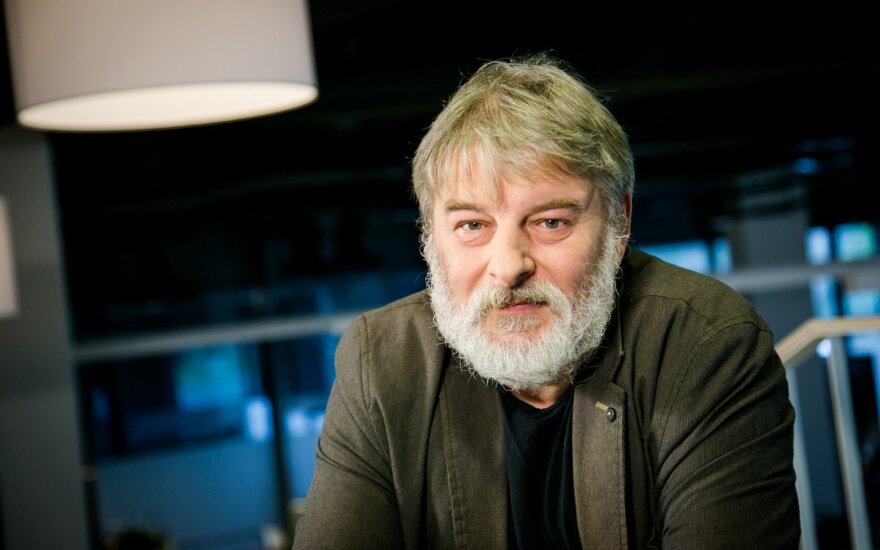 He believes that the cabinet formed after the upcoming Seimas elections will be based around either the Social Democrats or Conservatives. Katkevičius also discusses the prospects for a generation change in politics and overall ambiance of the current election.

“26 years is the duration of a generation. A generational change is truly ongoing, those who were secretaries, directors, and executive committee chairmen can now begin any party and they have to naturally, like me, go home, sit under a palm and in the finale die peacefully, surrounded by their grandchildren. The generation has changed, a new one has to rise, Eligijus Masiulis symbolised that new effective generation,” summarised A. Katkevičius.

He stressed that despite the scandalous fall of former Liberal Movement chairman Eligijus Masiulis, the generational shift is completely unavoidable, albeit not necessarily represented by the grandson of Lithuanian political patriarch Vytautas Landsbergis, Gabrielius Landsbergis.

With many former Liberal voters likely to not vote this year and the absolutely passive electoral campaign witnessed so far, Katkevičius felt somewhat relieved that there is no “Trump-like” candidate in this year’s election because such a candidacy could earn the votes of many citizens disappointed in the current political status quo.

The expert predicted that the voter turnout this year is likely to be at an all-time low with political powers experimenting on who has a larger quantity of stable electorate that will turn up no matter what. He predicts that the core of the next coalition government will be made by either the Social Democrats or the Conservatives, with the Lithuanian Peasant and Greens Union joining either force. Katkevičius expects that the upcoming government will have to focus on consensus and compromise, which he believes is a good thing as it will lead to actual results.

According to a recent survey by public opinion and market research company Spinter Tyrimai (Spinter Research), the multi-mandate constituencies would be won by the Social Democrats, who would earn 15.8% of the vote. According to the data, next would be the Lithuanian Peasants and Greens Union at 13.4%. The Homeland Union-Lithuanian Christian Democrats would bring up third place at 10.7%. Next would be the Labour party, estimated to expect 7.3% of the vote.