BNS
aA
As the European Union (EU) is preparing to revise the asylum system, Lithuania remains in the club of the organization's Eastern members that are against automatic distribution of refugees among member-states. 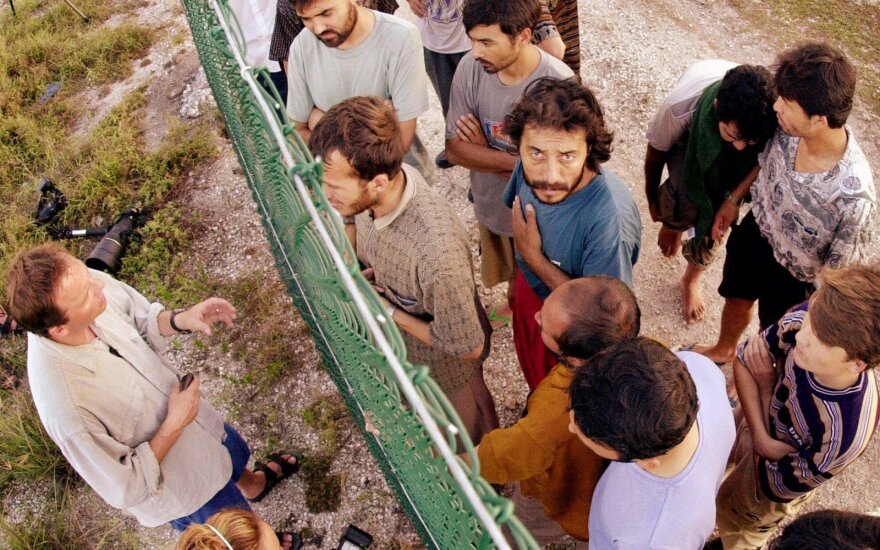 Lithuania's Interior Minister Eimutis Misiūnas who attended an informal meeting of his EU colleagues in the Bulgarian capital Sofia on Thursday says that member-states should be free to decide on taking in migrants, if the community would again have to divide the burden in case of a crisis.

"Lithuania sticks to its position that there should be no automation and that member-states should decide voluntarily on the refugees they receive in the spirit of solidarity," Misiųnas told BNS via his spokesman Karolis Vaitkevičius.

The Lithuanian minister spoke amid concerns heightened among EU officials about possible increase of immigrant flows in the continent.

Related articles
Lithuania receives another 16 Syrian refugees under EU program
L. Kasčiūnas: How many migrants shall Lithuania take in this time?

At the Sofia meeting, the European Council's Bulgarian presidency made proposals on ways to match approaches to the refugee quoates, however, none of them have been specified.

Lithuania has committed itself to receiving 1,105 refugees, however, has relocated 468 persons by now, and many of them have already left for wealthier Western European countries.

"This means that we need to come up with more creative solutions, however, these have to be global solutions and they should be agreed upon on the global scale, as Europe alone cannot absorb every single refugee," the president told the Euractiv news portal.

Lithuania on Tuesday relocated another 16 Syrian refugees under the European Union (EU) program on...

2 refugees from Eritrea transferred to Lithuania under EU program

Lithuania has transferred two refugees from Eritrea – a male and a female – into its territory...