Ramūnas Bogdanas
aA
Arvid Bryne is a well-known Norwegian journalist and author and one of the best friends Lithuania has in Norway. A quarter of a century ago, he was among those who witnessed first-hand the challenges that Lithuania went through to build an independent and democratic state; moreover, he lent a hand in dealing with some of them. 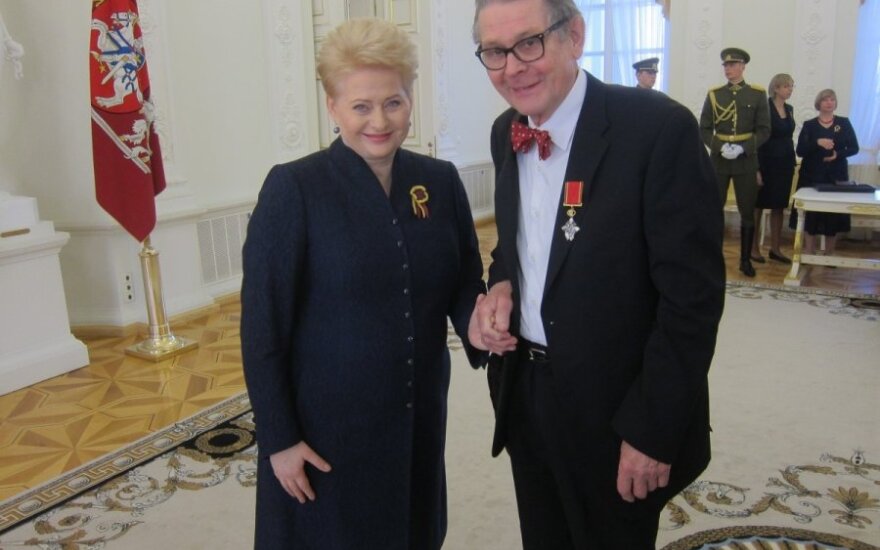 For his assistance to the Baltic country, Lithuanian President Dalia Grybauskaitė awarded him with the order "For Merits to Lithuania" on 16 February 2015. When asked what he felt when he learned about the award, Bryne's response was short: "Pride."

As the foreign desk editor at one of Norway's major dailies Dagbladet between 1986 and 1997, Bryne did much to inform the Norwegian public about the Baltic nation's striving for independence from the Soviet Union and, later, building a democratic state.

"When Lithuania, the first of the Baltic states, declared independence from the Soviet Union in 1990, we rejoiced and felt relationship," Bryne told me during his visit to Vilnius this year to collect his award. Part of this empathy had to do with memory of Norway's own striving for independence, which is "not more than a small century old," he says. "We won our independence in 1905 from a union with Sweden. This union started in 1814 after Sweden was on the right side in the Napoleonic wars. Until then, we had been in a union with Denmark for 400 years."

Moreover, he adds, Norway has a long history of relations with the Baltic states. "Around 1850, merchant ships from Norway sailed to Lithuania, Latvia and Estonia, loaded with barrels of salted herring, and brought back grain."

Back in the early 1990s, when Lithuania had just declared independence and was working hard to secure international recognition, it was Bryne who helped arrange the first diplomatic delegation from Vilnius to the West. I was serving as an adviser to the then president of the Supreme Council, Vytautas Landsbergis, and was part of the mission.

"When you called me and asked to help with this issue, I contacted the chairman of one of the smaller parties in the Storting [Norwegian parliament], Erik Solheim of the Socialist Left party, and asked him to write a letter of invitation," Bryne recalls. This invitation allowed three delegates from Lithuania, chairman of the Foreign Affairs Committee Emanuelis Zingeris, member of the committee Laima Andrikienė and myself, to come to Oslo. The invitation opened for us many doors to political parties in the Storting and the government. "Lithuania was the very centre of political interest in those days," Bryne says.

Naturally, the attention gradually declined, he adds, but did not altogether disappear. A little later, in 1991, Bryne joined Norway's foreign minister Thorvald Stoltenberg on a visit to the three Baltic capitals where he opened embassies. The trip was full of anecdotes quite symbolic of the transition that the Baltics were undergoing.

"We travelled down to the south from Tallinn," Bryne recalls. "Between Riga and Vilnius, we drove in a cortège of black limousines surrounded by a huge motorcycle escort with flashing blue lights and deafening sirens. The speed was high, all other traffic was forced out of the way. People and cows ran for their lives, as did hens and chickens.

"Stoltenberg shouted from the deep back seat to the driver to have him stop. He had to do it several times before the whole cortège came to a halt. Then he got out of the car and told the leader of the transport that he was no communist dictator and that he did not want to be part of this madness."

"You have to remember that you are a democratic state now. In the democratic world you cannot behave like this," the Norwegian foreign minister said with a raised finger before the cortège resumed the journey, a little slower.

Some Soviet-style hiccups occurred during the opening of the embassy in Vilnius, too.

"On the occasion of the opening, we were invited for lunch, as far as I remember in the Guest House of the former Communist Party. All the important people were to be seated on the top floor. I was the only journalist and was told to take my meal in the basement. 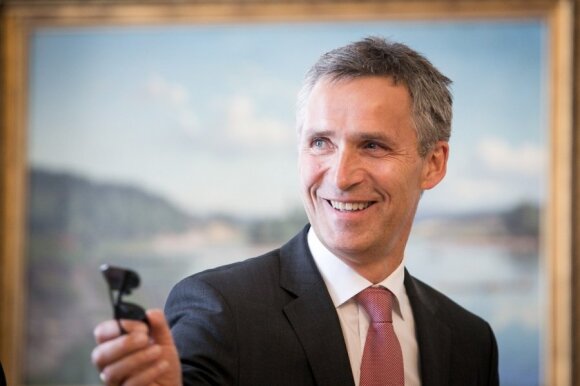 Bryne still sees his 84-year-old former foreign minister friend regularly, as they live in the same neighbourhood. If Thorvald Stoltenberg's last name is often heard by the European public today, too, it is because his son, Jens Stoltenberg, is the new secretary general of NATO. "Father and son Stoltenberg have telephone conversations on a daily basis," Bryne says, "though not so much about politics as grandchildren and family matters."

However, just like his father two decades ago, Stoltenberg the son probably spends much time thinking about the Baltics. After Russia disrupted the European security system by attacking Ukraine, Lithuania, Latvia, Estonia and other nations in Central Europe have been fearful for their own safety. And that is the biggest challenge for NATO since the end of the Cold War.

"I have asked the father if his son is strong enough to deal with [Russian President Vladimir] Putin," Bryne says. "Thorvald said he is, and in addition he has a faculty which can prove to be more important: Jens is a brilliant negotiator.

"As the Norwegian prime minister, he signed an agreement on the division of the enormous oceans north of Norway and Russia. Afterwards, Putin was criticized by nationalistic Russians who said he had given Norway too much."