Are Lithuania's labour reforms a step forward or backwards?

the Lithuania Tribune, LRT
The new Labour Code and Social Model that Lithuania's ruling coalition plan to push through before the end of their term is drawing both criticism and praise. A range of leading experts give their view of whether it is a great step forward, or backwards. 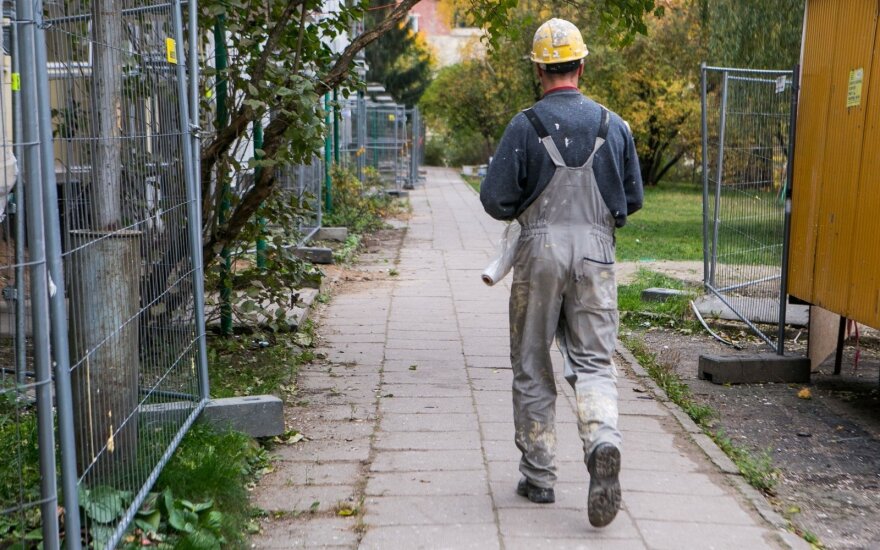 The 'new social model' - and extensive reform to Lithuania's Labour Code and welfare system - has undergone so much change that it is now barely recognizable and may produce outcomes that do not match the original goals of those pushing the reforms, experts say.

When the government put together the first draft of the new social model - an extensive package of reforms to the Lithuanian Labour Code and welfare system - it had a clear structure and predictable results. However, when it has gone through the grinder of amendments, additions and subtractions in Lithuania's parliament, its effects are unpredictable, according to finance analyst Valdemaras Katkus.

His assessment echoes President Dalia Grybauskaitė's statements that the parliament should not rush a reform as important as the overhaul of labour rules. "We should not push reform packages as complex as this one ahead of the elections, since mistakes are more likely than good results," she said.

Katkus said that, in its current form, the new social model is a mess: "One cannot consider parts of the social model in isolation since all the elements are interlinked. The authors who drafted the [original version of] the social model did not have very detailed calculations of what its consequences would be or the changes it would bring, but they had worked out the relationships.

"Now, everyone is focused on the changes to the Labour Code, with all the interlinking with other parts of the reform gone. In the beginning, you could chart a scheme, whereas now you have a hotch-potch," Katkus told LRT.

The declared purpose of the reform is to modernise labour relations in Lithuania and make them more flexible so as to stimulate the creation of jobs and economic growth.

However, Katkus says, in its mutated form, the new social model could have unpredictable results.

"The authors of the reform had a clear outline of what it would do. Now, the outline has changed significantly - if there is a discernible structure at all after all the changes. Employers are pursuing their interests - profits and little else - labour unions are defending the interests of employees, and what is to become of the social insurance fund?

"Not only is there not a clear overall picture of what the reform will achieve but even its effects on individual economic sectors and companies are unclear. The government has to step back, take all the pieces (reforms) and see how they fit into a bigger picture. It is not acceptable that the government only cares about balancing the budget, labour unions look after their interests and employers after theirs," Katkus said.

The government, whose term comes to an end after the general elections in October, is determined to have the new social model pass as its legacy.

"It is important for us to lay conditions for creating more jobs for skilled labour, all the while retaining employee protection," the prime minister's spokeswoman Evelina Butkutė-Lazdauskienė said in a written response to LRT's enquiry, without mentioning any possibility of stepping back and taking another look at the reform.

"It is important to reshape the retirement pension system in a way that would ensure its long-term financial sustainability and to allow indexing of pensions to economic growth. To improve the country's investment climate, cut red tape and the financial burden on businesses."

She underscored that "the government has been open and provided opportunities for everyone to discuss any points in the proposed package".

"We can also see, though, that MPs are submitting proposals one after another, some of which are nonsensical and distort the government's original proposal. Let's not forget that the Labour Code bill was discussed at the Tri-Partite Council (of government, labour unions and employer representatives). The necessary adjustments were agreed upon there, so we believe that these adjustments can be retained in the final draft that the parliament will vote on.

"However, the hundreds of proposals that have been registered at parliament, many influenced by considerations of the approaching elections, are something we will have to reject, because they won't bring any palpable benefits to either employees or businesses and can cost a lot of money for the state. The vote in the parliament will reveal who is working towards elections and populism and who is genuinely interested in improving the situation in the labour market," Butkutė-Lazdauskienė said.

Linköpingo University professor emeritus Charles Woolfson, who analysed the reforms in Lithuania and the discussions surrounding it, has told DELFI that the proposed new Labour Code will not create more jobs. Instead, it is part of a world-wide transformation by which businesses seek to narrow down workers' rights and cut unnecessary costs, like severance pay or child benefits.

The proposed revision of the Labour Code, says Woolfson, is intended to maximize profits and rewrite the rules so that they are favourable to employers. The inevitable consequences will be growing social inequality and insecurity for workers.

The prime minister's spokeswoman Butkutė-Lazdauskienė said that the new labour code will help create 85,000 new jobs and that criticism saying that the figure is absolutely random is unfounded.

"Scientists who worked on the social model interviewed business representatives, the surveys were wide-reaching and the research extensive, which allowed us to calculate how many jobs could be created with the new amendments to the Labour Code."

She also offers the example of Estonia which reformed its Labour Code in 2009 which, she says, raised employment in the country.

"Unemployment in 2014 was 7.4%, while in Lithuania it was 10.7%. In 2015, unemployment rate in Estonia stood at 6.2%. The drop was influenced by the additional jobs that were created as a result of more flexible labour relations," the prime minister's spokeswoman said.

She added that workers need actual protection and not measures that only work "on paper". The labour unions must admit that the current Labour Code, much of which dates back to the Soviet times, contains a number of provisions that don't work and which employers find ways to circumvent, she said.

"Gaps like these are numerous, would the labour unions prefer to leave them? We want to do away with them," Butkutė-Lazdauskienė said.

Reforming Lithuania's Labour Code: The battle between capital and labour over shrinking profits

Discussions surrounding Lithuania's Labour Code reform is part of the global trend where capital is...

About 300 people organized by Lithuanian trade unions gathered to protest the new Labour Code, which...