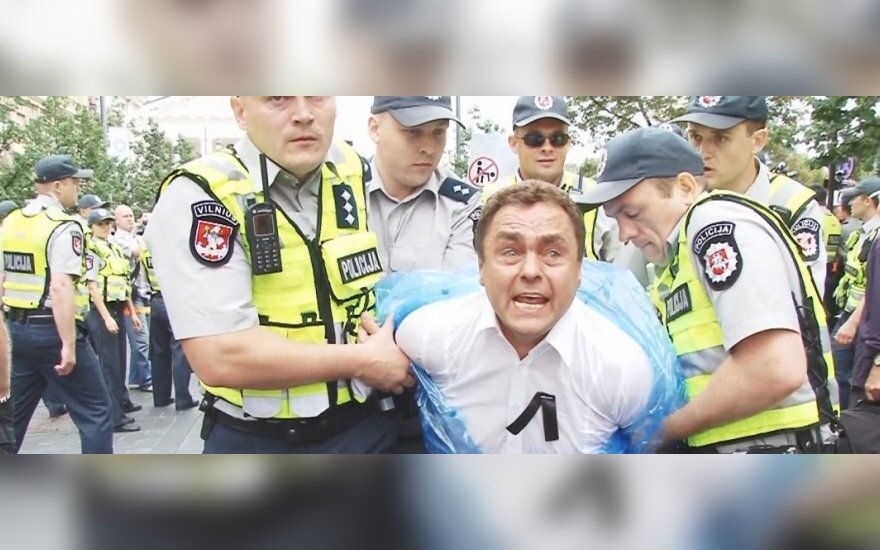 MP Petras Gražulis was detained by the police for refusing to obey during Baltic Pride 2013 events.
© DELFI

Gražulis, who chairs the party's political group in the Lithuanian parliament, has earned notoriety for his ardent anti-LGBT positions. He was charged with disobeying police orders during a gay pride event in 2010 and was forcefully escorted out of the site of the Baltic Pride 2013 march.

The Order and Justice leader Rolandas Paksas has said he thinks Gražulis to be one of the best representatives of the party.

Gražulis said the nomination was not his initiative, but the party's decision did not came as a surprise.

"If I were elected, I would try to impose order, which I think is lacking now. Vilnius is indebted, it is almost on the brink of bankruptcy. Vilnius leaders have various interests, some are involved with banks, others with various business groups. Meanwhile, as a candidate, I am free, independent, resolute and principled. And I can tell you that if I am elected, there will be no gay parades," Gražulis told journalists on Saturday.

As reported, the Order and Justice party's previous candidate was TV producer Rolandas Skaisgirys but he withdrew his candidacy.

The Vilnius unit of the Labour Party has approved a list of candidates to run for the Vilnius City...

Mykolas Majauskas gets conservative nomination to run for Vilnius mayor

Mykolas Majauskas will be running for mayor of Vilnius after receiving the nomination from the...

The Board of the Order and Justice party decided to nominate TV producer Rolandas Skaisgirys to run...