Andrey Illarionov in Vilnius: Obama could have stopped Putin

(2)
BNS
US President Barack Obama had the chance to stop the annexation of Crimea, according to Andrey Illarionov, former aide to Russian President Vladimir Putin. 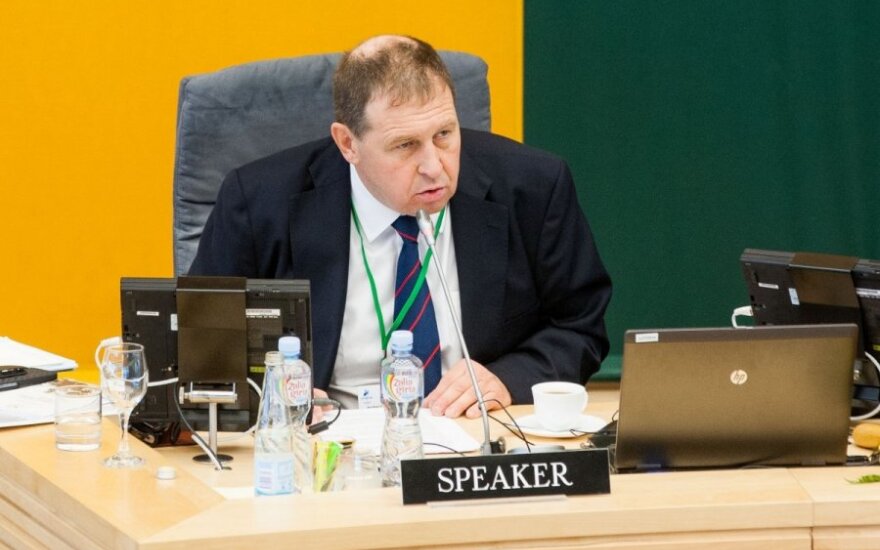 "If Mr. Obama had behaved in late February or early March as Mr. Bush Jr. behaved on 11 August 2008, the whole annexation of Crimea probably would not have happened," Illarionov said.

At the time, the US sent three ships to a humanitarian mission in the Black Sea.

Illarionov underlined that the annexation of Crimea earlier this year was the first such action after 1945 and, despite expectations, there was practically no strong reaction from the West. In this case, one could speak about the responsibility of several people, the expert said.

"In this particular case, only Obama could have made a difference," Illarionov said, adding that Obama said then the US would not send its troops, which the Kremlin saw as encouragement to act further.

After pro-Russian President Viktor Yanukovych fled Ukraine, Russia sent troops to the Ukrainian peninsula of Crimea. A referendum on Crimea's incorporation into the Russian Federation was held on 16 March. International observers say it was unlawful.

Illarionov took part in a discussion on the new varieties of hybrid war, organized by the European Club of the Lithuanian parliament.